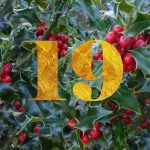 Open your eyes, look up to the sky and see… Well, what do you see? Certainly no sign of snow when you examine the grey December sky over Berlin. In order to remind us what snow feels and looks like, we chose Francis Thompson’s poem “To a Snowflake” for today’s reading, in this last week before Christmas.

Francis Thompson was a British poet who lived from 1859 to 1907. His poem “To a Snowflake” was published around 1877. Some of his works are available via Project Gutenberg: link to the project’s website.

Jürgen Schlaeger is the founding director of the Centre for British Studies at Humboldt University in Berlin where he still acts as Senior Professor (link to the Centre’s website). In 2009, he was made an honorary Commander of the Order of the British Empire for his services to Anglo-German relations.