Gesa Stedman comments on recent publications from Scotland, ranging from novels to non-fiction, from the fantastical to the ultra-realist.

Imagine you are in the highlands. Imagine you are with three other women. Imagine you meet a local Scot. Got it? Then you are already in the middle of Leila Aboulela’s latest novel, Bird Summons (2019). What begins like a seemingly comfortable story soon turns out into a much more serious disquisition about personal and national identity, a sense of belonging, religion, spirituality, gender relations and much more. Unfortunately, it is also full of clichés, both with regard to Scotland and to Muslims and Islam. We have wonderful cottages, lochs, and hills, a surly, taciturn grey-bearded stereotypical Scot, story-telling from both the Celtic and the Arabic traditions, and three women trying to find a new life, all three Muslims, from various countries other than Scotland. 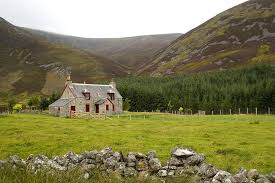 Scotland? That’s the countryside of course. Class? Absent by default – all the women are comfortably off and well educated, and if they aren’t, then that’s largely down to their own decisions. Cities? A starting point only. All in all, a middlebrow novel marketed for middle-class women readers, complete with a narrator who explains everything so even the least initiated understands what the transformations and intertextual references in the novel mean.

If you are looking for more of the nitty-gritty, then you might want to turn to Chris McQueer, a young Scottish writer whose stories are published by 404ink, the independent publisher run by Lauren Jones and Heather McDaid, based largely on crowdfunding (link to the publisher’s website https://www.404ink.com/). McQueer writes in Scots and English. He has a background in stand-up comedy, a working-class background, and is not afraid of any topic whatsoever. Some of the stories from his award-winning two collections entitled Hings (2017) and HWFG (2018) are dead serious, others extremely funny, e.g. “Brexit”. One certainly doesn’t feel anywhere near the highlands in these stories! The characters are quirky, working-class for the most part, often male, but not always. While I appreciated the humour, the Scots, and the unflinching look at all kinds of aspects of Scottish life, I have a problem with the violence which drips from almost every page, and with the – even if ironically portrayed – masculinity.

The reason, probably, that this makes me uncomfortable, according to Darren McGarvey’s best-selling, award-winning, as well as controversial non-fiction book Poverty Safari. Understanding the Anger of Britain’s Underclass (Luath Press 2018), is my lack of first-hand experience of violent, male, urban poverty, in Scotland or elsewhere. He would be right. Perhaps it is therefore good to be put on one’s toes and made to feel uncomfortable. Poverty Safari certainly does that. It is a very moving, and at the same time highly political and therefore not just personal account of the writer, rapper and performer McGarvey’s dysfunctional working-class family and life on a Glasgow housing estate. It is also a searing account of what the author calls “the poverty industry”, where social workers, in spite of all their efforts, also depend on poverty in order to stay in jobs themselves, and politicians need to keep their eyes on the short-term effects of their policies in order to get re-elected. In contrast to other so-called ‘misery memoirs’, McGarvey remains analytical throughout – the personal is political at all times in his account. Poverty Safari is necessary reading for everyone who does not share the author’s class background, so probably most readers of this blog.

Whether McGarvey’s suggestions for change are a way out of the stark poverty which has been exacerbated by the UK government’s austerity measures in the past 8-9 years, could be a matter of debate. McGarvey suggests working-class and/or poor people should take responsibility for their lives by eating better, drinking less, and looking after their stress levels. In this he agrees remarkably with self-help authors. It sounds as if he no longer believes there could be any state intervention, any revolution, any collective activity which would help overcome poverty. The only thing left – apart from abandoning the poor life if one can make it – is individual action. I disagree. I still think there must be a political solution, or if not a solution, then at least a long-term attempt rather than short-term election-oriented activities. I don’t think neoliberal self-optimising is the answer but that is something which each reader can decide for him- or herself. 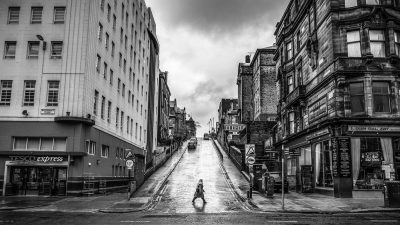 In any case, Poverty Safari is far removed from the flights of trite fancy we find in Aboulela’s novel, and much closer to Chris McQueer’s stories. And although poverty, violence, working-class voices put me on the spot as a well-off middle-class academic, I had rather read these raw voices and suffer from them, than wallow in feminine nature-writing with spiritual lashings.

Over to you, to decide for yourselves which version of Scotland you prefer to read about!