GS: Could you begin by explaining the judging process from the perspective of a Booker Prize judge? When does one get the books, how much time do you have to read them and how do you organize the reading? 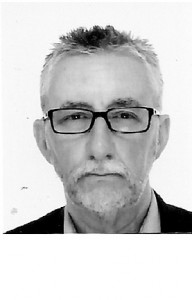 VC: The judging process begins in elation – how exciting, satisfying, flattering to be asked to be a judge – and ends in a kind of demented frenzy as the books pile up accusingly unread! All innocent first time around, I thought there’d be a nicely stimulating nine months of reading before the prize decision in October or so. How wrong! You begin in good time, at a reasonable pace, but the heaps of unread stuff don’t seem to go down. And what a shock to realize the first ‘long list’ meeting is about three months after the mass of things arrive around Easter time. Three months or so to tackle 120-odd tomes. I did a sort of triage: making three piles – the hopeful looking books, the probables, and the patent no hopers (condemned by appearance, self-published crapola, offputting blurbs, etc). But still I ended up having to read three substantial fics a day for several weeks. Going about like a zombie, needing sleep, inarticulate with ones nearest and dearest.

When the jury meets, how does the elimination process work? How does one arrive at the long-list, and then the short-list?

The usual committee practices and ways: loud voices, very soft ones, pushy members, pushed members, canny committee practitioners who know how to hold their fire and when to charge in, committee innocents who might as well not be there. Good chairman essential: in my experience the best one was Douglas Hurd, practiced tory politician, cabinet member, wily bird, who knew how to steer a committee, get things moving, making everybody think their opinion counted and was being counted. Long list easier than the short list, obviously. Quite a lot of room for a forceful member to get their candidate noticed. Though important not to show hand too soon, eg the member who said it was time for ‘genre fiction’, which warned people off, or the chairperson who said the time of ‘literary fiction’ was over, which just annoyed members as well as the public. Quite a lot of space for the candidate nobody really cares for much to slip in as everybody’s last choice. The successful compromise: as Arundhati Roy.

How does the chair handle disagreements and potential stalemate? And how is the final vote cast?

Chairs can only do so much. But skilled chair v important. There have been disastrous ones – eg John Bayley. Genuine stalemate v rare. Was the case on one of my occasions: absolute deadlock between Barry Unsworth and Michael Ondaatje; the good Mark Lawson proposed a non- first past the post system of voting; still deadlock; so we split the prize, announcing two winners, annoying the Booker people who want a single winner for publicity purposes, and who forbade split votes thereafter. Committees now have to just sit there and come to a single final decision, however long talking takes. Which is never forever: the dinner, and the tv schedules, are pretty forceful pushers.

What is your opinion of the prize ceremony and which role to the judges play once the vote has been cast?

Dinner is always nice; people like being seen on telly; but the winner’s speech can be terribly dire (Hilary Mantel, eg) or, worse, selfseekingly roguish and sensationalist (John Berger dedicating his prize money to the Black Panthers because of the Booker sugar plantation’s slaves – long abolished…); and the judges’ spilling of the beans in journalistic pieces afterwards, a tradition (I’ve done it myself) is just a farrago of tired tropes.

Why is it that book prizes and the decisions are often accompanied by scandals do you think? Or are these scandals largely inventions by journalists trying to spice up the event?

There are scandals – judges not reading the novels; judges ganging up on authors for political reasons (feminists naysaying Martin Amis, eg), or walking out because none of their choices got anywhere (Nicholas Mosley), or saying they’d throw themselves out of the window if their choice didn’t make it (Philip Larkin), or John Bayley telephoning the wrong winner through to the Prize organizer, and James Wood pushing his wife’s novel without owning up until v late indeed in the game; and so on – and there are manufactured ones, tittletattle, leaks, molehills turned into mountains, by the Booker people because it’s scandal that keeps the prize in the public eye.

What is your opinion about the sheer amount of book prizes being awarded in the UK nowadays? What do you think is the reason for this proliferation of prizes?

Far too many. Just look at the Writers and Artist Yearbook: Prizes for Poems about Cheesemaking, for the ‘best writing’ from Cornwall, novels by tattooed motorcyclists. Publishers’ ramps most of them.

An idea that makes a lot of sense. Novels in English. From wherever. The old ‘Commonwealth plus Ireland’ range so old-hat. ‘Commonwealth’ a redundant category. Which made sense once given the Booker West Indian heritage, and the potency of the British Commonwealth grouping. But dull and dying if not dead already. And Ireland included because the British can’t come to terms with the loss of the South of Ireland from ‘Great Britain’. A Prize condoning the refusal to recognize the Border, which still lets Irish citizens vote in British elections. Fears that Americans will flood the scene, take over the prize, are silly and of course based on the misguided trope that North American fiction is so much better than British/Irish/Australian/Indian and so on. There’s more of it numerically; but a good case of more not meaning better.

The interview was conducted by Gesa Stedman