Gesa Stedman takes a look at the main trends of the key pandemic years when shops were closed, readers turned to fiction again, festivals went online and bookfairs were cancelled.

2020-2021 were nearly unprecedented years for the literary field in the UK and elsewhere. During lockdown, bookshops were closed in Britain. Many authors initially felt they lacked inspiration, book launches were endlessly postponed, book fairs and festivals cancelled, then replaced by online events instead. 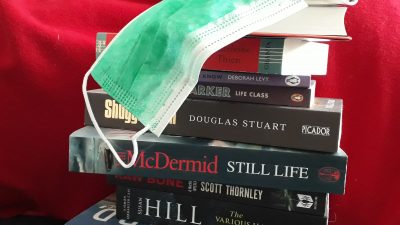 books and the pandemic
photograph by Gesa Stedman
CC BY NC

It is remarkable, however, to observe the flexibility, inventiveness and resilience of everyone involved in the book trade. In part, this is of course driven by economic necessity. Readers and book buyers and library users could have turned away from reading, while authors could have been driven to stop writing. Instead, readers have on the whole bought more books, including a sharp rise in audiobook buying compared to pre-pandemic times. Anecdotal evidence points to screen fatigue as one reason for the pronounced penchant for audiobooks.

Figures for 2020 are a bit patchy, and were slow to come through because closed shops meant closed tills and this in turn meant Nielsen BookScan produced unreliable TCM figures (total consumer market). The so-called Big Five/Six publishers report robust growth and at least some independent publishers also did very well. This was helped by sales via Amazon and supermarkets, which remained opened when bookshops were closed during the various lockdowns. (The Bookseller 5 February 2021) 2021 in contrast was a record-braking year for publishers and booksellers. Graphic novels, picture books rather than children’s fiction and self-improvement books proved particularly popular with book buyers. Interestingly, the former downturn of fiction was replaced by an absolute surge, placing several titles in the top 15 out of 50 bestsellers. One of the most popular books was Richard Osman’s “The Thursday Murder Club”, a cosy crime novel which is still selling strongly and has been followed by an equally best-selling second instalment. Cookery books were still high up there, including the dominant Pinch of Nom in its various incarnations. (The Bookseller, 7 January 2022, 21 January 2022). While it is not surprising that the Big Five would profit from a surge in book publishing and selling, it is more surprising to see that the publishers of the Independent Alliance were also in excellent health. Publishers such as Faber & Faber, Canongate, Granta and Pushkin. The latter is an interesting case: it led with the rediscovered 1938 novel The Passenger, written by the exiled writer Ulrich Alexander Boschwitz, who was killed on a refugee ship on the way to Australia. (The Bookseller 28 January 2022).

Even the paper shortage, caused by delivery chain hiccups and rising prices, does not seem to have had a lasting effect, nor did Brexit, an issue which has disappeared from debates, odd though it seems, as it has ongoing economic and political consequences throughout the UK.

Readings and festivals are now digital or in person with hybrid streaming an almost automatic option which might in the long run allow for greater accessibility – and outcome which would benefit people who have mobility issues, are tied up by family or other care duties, or simply don’t feel comfortable in a public setting. However, the precondition is of course access to computers or smartphones, which means that tech-barrier-problems can also curtail access. I only hosted two digital readings but they were absolutely remarkable for the energy the authors were able to transmit – Glenn Patterson from Belfast and Okechukwu Nzelu from Manchester both captivated their audience, even on screen only. 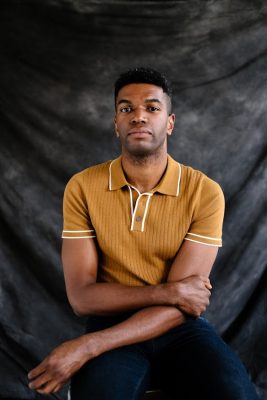 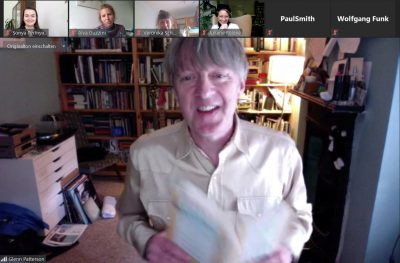 Just as impressive was the creative writing workshop which Musa Okwonga taught for the students on the MA British Studies at the Centre for British Studies. It was amazing in every respect – interaction, output, creativity, energy, participation.

And did reading habits change at all during the pandemic years? Here is a look at favourite items purchases. The precise ratio has changed but children’s fiction, cookery books, crime fiction and self-help or uplifting support titles are obvious favourites. 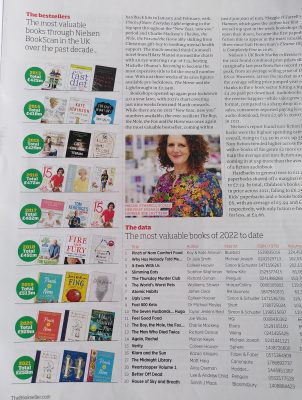 On the whole then, 2020 and 2021 confirmed previous trends (the sales of the Big Five/Six, the rise in audiobooks, libraries were vital but struggling, cookery books, crime fiction and children’s books and YA sell well), seeing one new development, namely a surge in books by Black writers following BLM protests. Sadly, this has already begun to dwindle again so one must wait and see whether this was a short-lived interest or not. There is one more striking exception: the downwards trend of literary fiction seems to have been halted. It will be interesting to see what 2022 will produce in this regard – are people changing habits back again, depending on what the pandemic allows them to do? Will book fairs continue, in spite of a rise in infections post-London Book Fair in April 2022 and the industry-led refusal to make Leipzig Bookfair possible in March 22, to loud protests from independent publishers, authors, editors and readers? Will people attend live festivals despite summer waves? One thing seems certain: authors got over the lockdown lack of inspiration and have been highly productive, just as readers have turned to books for solace, information, inspiration and arm chair travelling. Since there are two other crises whose precise effects such as the cost of living and rising inflation are yet unknown but have begun to make themselves felt – the climate crisis and the war in Ukraine – 2022 looks to be a year with unpredictable outcomes for people working in or with book production, distribution, and reception.