Gesa Stedman looks at recent and not quite so recent prize winners, Frankfurt book fair debates, special issues on disability and LGTBQI+ respectively, published by The Bookseller, and wonders where climate change has disappeared to – again.

Prize winners – some surprises, others predictable 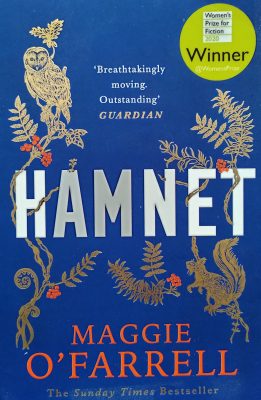 Sometimes, I read prize winners a bit later. That was the case with Maggie O’Farrell’s women-prize winning novel Hamnet, which won the women’s prize in 2020. It had landed in my summer reading basket in 2021. It left me feeling dissatisfied, in spite of the praise that has been heaped on it. The novel tells the story of Shakespeare’s family life from the perspective of his wife. Shakespeare himself is largely absent and the drama that unfolds when the plague reaches Stratford, and his twin children fall ill, and the son Hamnet/Hamlet dies, is seen mostly through the mother’s eyes. The research is impeccable, the narration unfolds with O’Farrell’s trademark sensuousness and sensitivity. But I kept thinking while reading how annoyed I was. The absent father, away at work, never quite catching on what is happening in his extended family? Rather obviously a modern phenomenon (pre-pandemic of course). That the plague was a pandemic and had similar horrors for medieval and early modern people to those with which Covid 19 presents us cannot be overlooked, although the idea for the novel and the writing of it occurred long before Covid 19 hit us. And it is of course fairly easy to win the reader’s interest by retelling a familiar story from a less familiar perspective, thus writing back in terms of gender in this case. But making both Shakespeare and his son, who dies an early death, appear gifted? I was not convinced. Giftedness is a hot topic, as is neurodiversity in general, overtones of which are also present in the novel. For all the seemingly historically evoked details, the bee keeping, the smell, the rushes on the floor etc., this attempt at catching a 21st-century female English or possibly, American, middle-class reader and assuring her interests and current concerns unique to her class were met, annoyed me. Not least because some of these issues do happen to concern me directly. But if I want to read about them, I have no problem finding the right book. What I dislike is anachronistic historical fiction which pretends to be historical but actually only keeps retelling 21st-century plots, written for privileged female readers.

The next winner, this year’s Jhalak prize-winning novel by Jennifer Makumbi, could have been different, but ultimately, wasn’t, at least not for me. Her novel The First Woman starts off with a feminist bang, and then fizzles out, not quite sure what it wants to be. I enjoyed the beginning where a young girl will not accept that her behaviour is deemed unsuitable and not sufficiently feminine. Her feminist neighbour provides her with a story frame which could have carried her into adulthood – but doesn’t. Coming-of-age of course is de rigueur at the moment but as long as it comes with a feminist punch, this can be fun. However, this particular novel turned in on itself and shows how the young, rebellious girl is transformed into an educated, clever but ultimately adaptable woman. The middle section almost gives up on the girl’s quirky perspective, replaced by a slightly unconvincing account of the war in Uganda and how civil unrest made the missionary school which the girl attends the only safe place for her (really?). At the end, there are too many explanations for hapless readers (what happened to having to work for understanding IN the text?), too many gendered clichés and too much finding-love-and-having-children/family affairs to keep me thrilled. The feminist thrust with which it started doesn’t make it to the end, as the novel simply peters out. 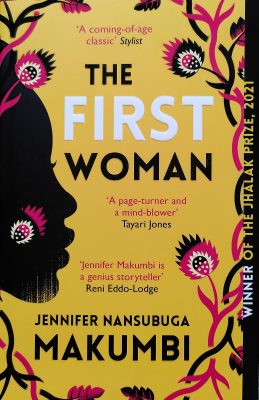 Book Cover of The First Woman

And the marketing is awful: it uses the same colours that were used for Zadie Smith’s Swing Time and all of Chimananda Ngozi Adichie’s novels – exoticism is still the selling point for novels written by BPoc writers, it seems.

I still haven’t got around to reading the last Booker winner Shuggie Bain by Douglas Stuart which gives you another working-class Scottish tale of depression so will have to keep that for another post, preferably when the weather is less gloomy and the 4thand 5th wave of the pandemic have passed.

This year’s Booker short list seemed to contain some interesting novels but in general, one shouldn’t expect too much of the big general prizes  or of Damian Galgut’s SA novel The Promise. The second male winner in a row… It might be interesting to note whether Coetzee’s unsurpassed novel Disgrace is a match for this winner. Any one care to comment?

An interesting prize which might bring new authors to your attention is the Polari prize which awards works “celebrating LGTBQI+ experience” (link to prize webpage: https://www.polarisalon.com/polari-prize last access 14 December 2021). Mohsin Zaidi writes about being a Muslim and gay in A Dutiful Boy for the 2021 prize, while the overall 2021 award goes to Diana Souhami for her book No Modernism Without Lesbians which looks at lesbian icons such as Bryher, Sylvia Beach, Gertrude Stein and Natalie Barney.

The prestigious German Friedenspreis des deutschen Buchhandels was awarded to writer and filmmaker Tsitsi Dangarembga, the infamous Nobel Prize went to Abdulrazak Gurnah, originally from Zanzibar, who is professor emeritus at the University of Kent…

Right-Wing Publishers and Freedom of Speech 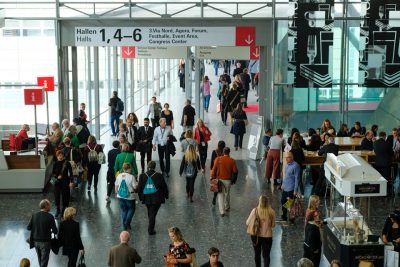 Which brings me to the latest news: the annual repetition of Frankfurt Bookfair troubles, namely, the question whether explicitly right-wing publishers should be allowed to have stands at the fair or not. This year, they did, all defended by the fair organisers as they said there was no legal reason to disallow their presence, unless laws were broken, as this was a showcase for everyone and one would have to survive given the high priority of freedom of speech. Unfortunately, some BPoc authors no longer felt safe to be at the fair as well, and pulled out of their events. That this may have given right-wing publishers more publicity rather than less, is possible. But at the stage we are in now, where right-wing networks have taken over a lot of public discourse, are cleverly using left-wing tactics to win hegemony, with increasing success, I am not sure everyone has to have a platform everywhere. The problem is of course that Frankfurt is not a cultural event, it is an economic one masking as a cultural event. It cannot be seen to be leaning in one particular way or another and has to stay with its liberal-bourgeois agenda. That the enemy is on the right, and on the right only, and that they are dangerous and undermine freedom of speech and democratic values everywhere, gets lost in these debates. Personally, I would wish for a less wishy-washy stance: if people are threatened and don’t feel safe because of their skin colour, then perhaps the event organiser needs to have a rethink. There are enough other platforms where right-wing publishers have their say. But I am happy to have a debate here with people who might beg to differ! And I am glad I am not the manager of the Frankfurt Bookfair…

What else is new: The Bookseller has handed over editorial control for individual issues, this time it was disability, after a black issue and one on LGBTQI+. All of them were incredibly interesting. Not only because of the individual content, interviews and books promoted. But rather, because the “normal” Booksellers contain so little of the material covered in the curated issues. In “normal” issues you get the odd PBoC author, and sometimes someone with a neurodiverse background or a gay or trans author but that’s it. 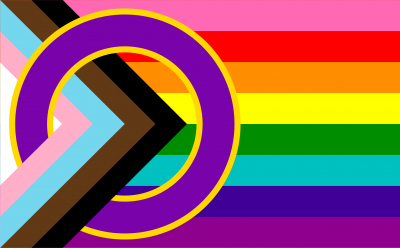 There must be so many books which I don’t get to see or hear about, nor do other people who cannot visit many bookshops, or for other reasons don’t have access to diverse authors and titles. So please, could The Bookseller have this kind of diversity every week? And perhaps a bit less of the kind of novel mentioned in my mini-review section above, which is for middle-class female writers of a certain income and interest, and mostly for no one else. 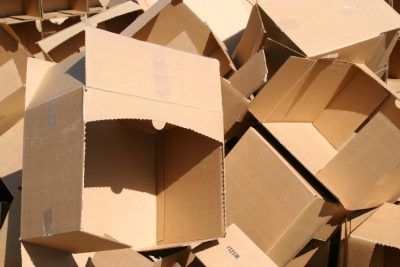 Where, I wonder, has climate change gone? There was also a green issue of The Bookseller, but I still get shrink-wrapped books all the time, and often not even printed on FSC paper. And how about packaging? My post office told me I couldn’t recycle books parcels from my indie online bookstore because the size was not accepted for private post by the post office. Perhaps, then, could the book shop use cardboard boxes which one can reuse, rather than recycle by throwing them in the bin? That might be a start. The bookshop is too far away for me to cycle over every time one of the English-language books finally arrives so I must admit I use their postal service for those particular titles. But perhaps I need to rethink that too?!