Gesa Stedman’s annual round-up looks at last year’s topics and trends in the book world, and also casts a look back at the first decade of the 21st century.

The year ended with a general election leaving the majority of people who work in the literary field in the UK with a new problem to solve: most of them are against Brexit. How will they avoid becoming totally divided from readers, and also writers, whose opinions they don’t share in the year(s) to come? As the managing director of Pan Macmillan, Anthony Forbes-Watson, writes:

“We will begin to see beyond Brexit-driven national dysfunction to a larger nationalist trade-war-driven global dysfunction, and feel nervous. The book industry has been on the wrong side of the national vote and will struggle to break out of its metropolitan bubble, to stay in touch with its wider market” (The Bookseller 10 January 2020, 14)

Brexit of course continues to loom large over the book trade, although as a topic for books it was less prominent than in former years. The fun went out of it a long time ago, so humorous titles on Brexit were low in demand in 2019. Publishers lobby for copyright standards to be upheld, and worry about the future when about 60% of their sales go overseas in order to maintain this position (The Bookseller 2 November 2018, 14; The Bookseller 10 January 2020, 14-17)). Politics in general remained important both for the type of books which sold well, and for debates on book-related issues.

In the autumn, the Booker Prize which was split between Canadian author Margaret Atwood and UK-based Bernadine Evaristo became an issue of discussion, not least because it was the first time a black woman writer had won the prize, and the split was considered ill-advised. That this remains a contested area could be observed when the fact that a BBC presenter turned Evaristo into “the other winner” rather than naming her only caused a slight stir from people in the book industry. This shows that a topic which allegedly agitates the publishing industry, namely, the lack of diversity, has not really reached the deep structures of the industry, but rather remains a quite superficial discourse. But it is a persistent topic of debate, and there are plans – again nothing more than that so far – of large publishing companies opening offices in the north of England, and expanding plans to recruit amongst people of colour, of different ages, different sexual orientation, and from different classes. How stark the situation really is can be read in Dave O’Brien’s contribution “Class and Publishing: Who is Missing from the Numbers?” to Kit de Waal’s timely collection Common People (2019). I have my doubts how soon matters will change, as white middle-class values, people, money, preferences, and networks are well entrenched in the UK literary field. 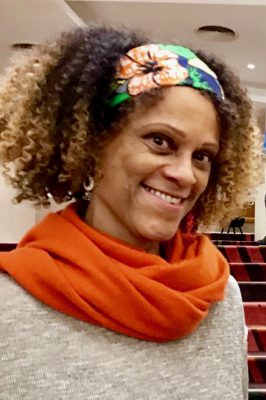 Still, political topics continue to be to the fore in debates about the future of publishing in the UK. Matching the interest of book buyers and readers, the trade itself has begun to question its business practices in terms of its impact on the climate. The Booksellers Association produced a green manifesto (link to Bookseller Association manifesto https://www.booksellers.org.uk/industryinfo/industryinfo/GreenBookselling last access 1 Feburary 2020), and a number of companies have begun to question their production and distribution policies, from the use of plant-based ink, to using only FSC paper, omitting unsolicited proof copies and ad material, from avoiding shrink-wrapping plastic to using cardboard only to transport books. There remains a lot to be done, and the approach by Martin Dorey, author of Kids Fight Plastic (Walker Books 2019) might help in the process. He has developed 10 steps to make book publishing, production, distribution, and selling greener. They comprise, among other ideas, a green office without plastic cups, name badges or bubble wrap, no longer relying on recycling which often does not work and still produces too much rubbish which is simply burned, printing in Europe, using shredding in stead of plastic for padding, banning plastic display items and giveaways, and a host of other ideas (The Bookseller 26 July 2019 16).

Not everyone has understood the issue, obviously, as an article from December 2018 in The Telegraph illustrates:  Martin Dorey’s book on saving plastic for adults was shipped wrapped in shrink-plastic https://www.telegraph.co.uk/news/2018/12/02/author-furious-book-reduce-plastic-waste-shrink-wrapped-distributor/ (access 31 January 2020) 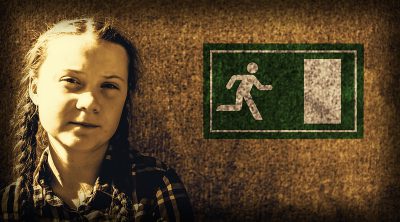 Greta Thunberg has certainly left her mark on book publishing, in particular with books on how to save plastic, and with children’s books. Saving plastic seems to have become the latest DIY trend, not quite replacing colouring-in, but with a distinct “crafty” air to them. The problem, of course, lies in the absence of any political decisions – i.e. stringent laws forbidding shrink-wrapping or plastic bags and other kinds of useless packaging –  to support individual endeavours to live a greener life. That children’s books focus so much on climate change and sustainable living, on the planet, animals, and plants is of course a positive trend on the one hand. On the other, I have my doubts whether it is not just a new publishing trend which sells well, which might disappear again when people lose interest, or children grow older. And why should children be educated so much about these issues, and not adults, too? Most children I know are very up to date with Greta and climate change. It is the adults who book flights, vote for the “wrong” parties, buy plastic wrapped vegetables, and own Diesel-fuelled cars. But since children’s books sell well, and remain one of the fastest growing sectors of the book industry in the UK, it is understandable why publishers target this sector. Parents will buy the books, feel better because they educate their children, and assuage their consciences because they are looking at climate change issues, possibly with no effect on their own behaviour, as the books aren’t targeting the adults.

The same, of course, is true of the wave of “boys who dare to be different” books and “powerful women” titles. If they didn’t exist, just like the ones which feature people of colour, the lack of diversity in the publishing world would be even worse. But having these compendia with brightly illustrated plates and no other deep changes leave me wondering whether more couldn’t be done and how these books will affect younger readers, if nothing else is transformed – not least the gender pay gap, which continues virtually unchanged in the literary field as in many other domains in which women are an important element of the work force, but with little or no economic recognition.

Even the category of cookery books, a staple of UK-publishing year on year, was politicised to a certain extent during the 2019. Some of the bestselling cookery books were vegetarian or vegan in 2019, with stalwart Jamie Oliver’s latest title Veg, Nigel Slater’s Greenfeast, BOSH! by Henry First and Ian Theasby or James Wicks’ Veggie Lean in 15 leading the list. 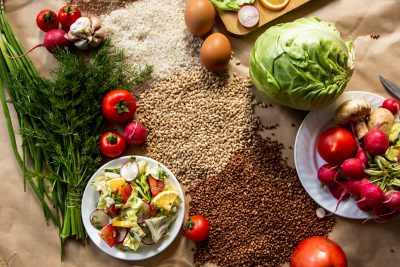 Finally, a look at the past decade, rather than just the past year, reveals stable trends which one could not have easily predicted in 2010. Digitalisation has brought new opportunities for publishers and readers, rather than annihilating the physical book, which is still going strong. The fastest-growing trend of the decade is without a doubt the audio book, which shows enormous growth rates. Podcasts and audiobooks offer unabridged versions of both fiction and non-fiction titles, and smartphones make it easy for listeners wherever they are. Interestingly, in spite of the big players such as Audible, publishers have begun to create their own audiobooks branches (e.g. Faber). Audiorights and retaining them is a key issue for agents to concentrate on when negotiating book deals for their authors (The Bookseller, 16 November 2018, 7) It is predicted that audiobooks will not remain in third place behind physical books and e-books, but become more important in terms of sales figures, as they rose once again in 2019 (The Bookseller 15 November 2020, 6).

One of the best-loved voices for audio content in the UK is Stephen Fry, who not only reads, but also writes to great popular acclaim: 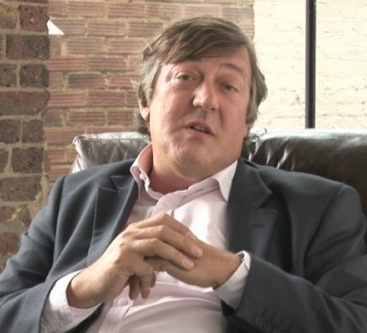 Something that no one would have predicted a few years ago is the slow but steady rise of independent bookshops in the UK. Amazon is a threat to many but the well-curated bookshop which knows its audience, organises events and talks, invites schoolchildren, and also sells non-book objects can survive very well, or so it seems. Independent bookshops have grown for the third consecutive year as The Booksellers Association data shows (890 shops compared to 883 the year before and 868 in 2017 (link to Booksellers Association https://www.booksellers.org.uk/industryinfo/industryinfo/latestnews/Independent-Bookshop-Numbers-Grow-in-2019 accessed 1 Feb 2020) ,

In contrast to this positive trend, booksales were flat at chainstore Waterstone’s for the Christmas period, the key sales moment in the UK book year. Bad weather and the elections were made responsible but the absence of a single break-out Christmas bestseller may have had something to do with it, too. The slimming cookery book A Pinch of Nom was briefly ousted by David Walliams’ The Beast of Buckingham Palace for the Christmas bestseller position but neither of them broke sales-records over Christmas like Michelle Obama’s memoir Becoming the year before.

Bookshops in general of course still face Amazon’s competition, and the fact that business rates for smaller bookshops do not compare favourably with warehouses which Amazon uses makes it difficult for many bookshops to retain their position in the high street. However, the last budget but one saw a cut in business rates for retailers of 51.000 GBP or less of rateable value, making it a little bit easier to keep up with chainstores and global companies who profited from better business rate deals. Other tax issues are unresolved, including taxing digital services tech companies, and the different taxes on e-books and printed books (The Bookseller  2 November 2018). The Booksellers Association has urgently lobbied for a fairer deal for retailers and a reform of business rates.It remains to be seen how the new Conservative government tackles these issues…

This coming year, again one of political crisis, even if no one wants to hear the B-word anymore, will show what publishers and readers become interested in. Climate change and sustainable living will remain important, if only to assuage people’s consciences in the absence of political change. Gender issues, the gender pay gap, a living wage for authors, anti-harrassment policies, diversity: all issues which will continue to agitate book people. Perhaps someone will come up with more than just the usual discourse on diversity and the lack of it, and concentrate on the underlying issues, not the least of which are related to social inequality, racism, social exclusion, poverty, austerity, and class politics. How that will affect both the people working in the literary field, and their potential readers, remains to be seen. The same goes for the discrepancy between the majority of British voters, and people working in publishing. And last but not least, the fate of Northern Ireland, Scotland, and Wales might also reflect itself in new topics emerging, and different titles being produced in the coming decade. But to end on a positive note: the death of the physical book has clearly been averted, as both the sales figures of The Big 4 in UK publishing (Penguin Random House, Hachette, HarperCollins, Pan Macmillan) as well as those of the Independent Alliance with Faber, Canongate, and Granta among them show (The Bookseller 17 January 2020). And face-to-face interaction at readings and when buying books seems to be important to many readers and book buyers, in spite of the presence of social media and other digital oulets.