Gesa Stedman looks at the most important trends of 2017, sums up key events of the year, and is somewhat sceptical about diversity increasing in the literary field in 2018.

That was the year that was – and what an odd year for the literary field in the UK, just like all other areas of British society. Brexit loomed large but not quite as large as the year before. Instead, the official publishing world finally woke up to the fact that they cater for and consist of a tiny minority more likely than not originating from the South of England.

The London Bookfair, various publishing houses and fed-up activists and writers like Nikesh Shukla and Musa Okwonga, and the Publishers Association – all worked towards an increase in diversity. This entails diversifying the workforce – publishing is overwhelmingly white, middle class, and based in or originating from the South (exceptions prove the rule of course). It entails actively hunting for writers and writing beyond the usual cohort, and looking for people who have something to say who have so far not had much chance of making it into print. And it entails catering for different readers in terms of age, geography, class, gender, ethnic affiliation and any other aspect of individual and social identity which might be important (the dangers of identity politics have to be taken into account, of course, as specialist and niche publishing cannot be the only answer to a lack of diversity). In keeping with this goal, The Publishers Association launched a 10-point industry-wide action plan to tackle inclusivity within the workforce, in order to be more representative of British society. (Link to Publishing Association website https://www.publishers.org.uk/activities/campaigns/inclusivity/inclusivity-action-plan/ last access 19 January 2018).

That this is urgently needed can be seen in the usual prize shortlists: for the TS Eliot prize, there is just one collection by a BAME poet, although during the year many non-white poets published interesting collections (link to Guardian article on TS Eliot prize 2017: https://www.theguardian.com/books/booksblog/2017/oct/20/why-the-ts-eliot-prize-shortlist-hails-a-return-to-the-status-quo last access 19 January 2018).

And the average Man Booker winner is white, English, male, middle class, in his late 40s, as the statistics reveal. In 2017, the only difference was the fact that for the second time running, an American author won the award (George Saunders, for the novel Lincoln in the Bardo), which has led to a call to the Man Booker organisers to rescind the decision to accept American authors. (Link to Guardian article on Booker statistics and the 2017 shortlist https://www.theguardian.com/books/booksblog/2017/oct/17/how-to-win-a-booker-prize-be-under-50-enter-your-seventh-book-man-booker-prize (last access 19 January 2018)

Ultimately, of course, it is all about selling books, but who knows – representation of other classes, ethnicities, ages, genders, backgrounds might change as well when different voices make themselves heard. As a sign of potential change, agents have reported that submissions from Black, Asian, and ethnic minorities have risen in 2017. But, as agent Piers Blofeld rightly warns: “’On one level it’s clearly a good thing, but there’s a smidgeon of concern. I hope it’s not people jumping on the classic publishing bandwagon, and that this doesn’t peter out after a couple of years.’” (Quoted in The Bookseller, 29 September 2017, p. 9). And Emma Paterson from Rogers, Coleridge & White Agency suggests that “the sector could spend less time talking and more time putting concrete initiatives into practice.” (The Bookseller, 3 November 2017, p.9) 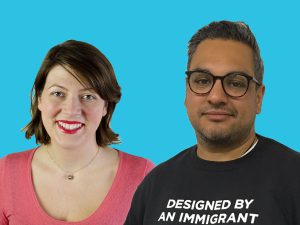 Rather than simply talking about diversity, there were some notable new initiatives in 2017. On the one hand, the launch of The Good Journal, by Nikesh Shukla and Julia Kingsford, who were also responsible for the anthology The Good Immigrant, still selling strongly. The journal targets UK BAME writing and will appear four times a year. The journal is crowd-funded and will be used as a stepping-stone towards a new literary agency for underrepresented voices, including working-class authors, LGBTQ and disabled as well as BAME writers.  (link to website of the journal http://www.thegoodjournal.co.uk/ last access 19 January 2018).

In a comparable vein, the independent publisher And Other Stories has inaugurated a new literary prize called The Northern Book Prize. 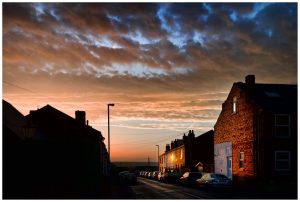 The award sum is 5000 GBP and the winner, a writer from the North, will be given help to develop their manuscript and find a contract for a worldwide publisher. The prize is supported by Northumbria University and the Arts Council England. It was set up in  partnership with New Writing North. The first winner will be named in June 2018. (Link to And Other Stories website http://www.andotherstories.org/2017/09/26/news/the-northern-book-prize-launches-19th-october last access 19 January 2018).

Bookselling found itself in an odd situation in the UK: while Amazon premises receive a reduced rate, bookshops are forced out of the business because they have to pay killing business rates. This privileges the already dominant force on the (international) book market to the detriment of diversity in the retailing business.

It is therefore all the more fitting for Labour MP Margaret Hodge to have begun a campaign to counter this trend. 275 towns might lose their bookshops if business rates are not dealt with more fairly. They rose significantly in April 2017 and have become crippling for smaller shops. which cannot afford the 10% rise in business rates. In Bedford, for example, the local Waterstone’s branch has to pay 850 GBP per square meter while Amazon’s distribution centre not far from it only pays 52.50 GBP per square meter, which amounts to 16 times less. Margaret Hodge calls for the government to tackle this unfair business practice. (Link to the Bookseller article on Hodge’s campaign https://www.thebookseller.com/news/hodge-now-s-time-push-rate-reform-595286 last access 19 January 2018). 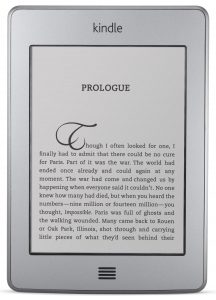 In terms of the competition between e-books and printed books, which agitated book people for many years after the launch of the e-reader such as Kindle, 2017 saw a levelling of e-book sales overall. Nevertheless, the advent of the Kindle is considered as a “game-changer” by many leading figures in the publishing world. Positive aspects are the widening of the market, and making everyone take more care, in particular with printed books, but the downside is clear. Independent bookshops in the UK, also hit by economic recession and failing high streets, have had a hard time, not least due to the advent of the e-reader. There were 1535 in 2005, now there are only 894 in 2016. The verdict, therefore, is slightly ambivalent but it is obvious that e-readers are here to stay, for better or worse (The Bookseller, 24 November 2017, p. 6-7).

More recently, the bookmarket is seeing audio books as an increasing trend with a 14% rise in volume download and a 26% rise in value for such downloads, compared to the figures in 2016 (The Bookseller, 10 November 2017, p.7). 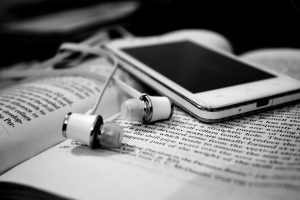 How this will affect the printed book remains to be seen. In any case, as the 10th-anniversary of the Kindle shows, what appears to be a great threat can turn into something else over time. E-books and printed books now sit side-by-side, and digital publishing and printed books are comparatively strong in a year which saw no outstanding overall trend.

There has been a rise in young adult fiction while children’s books are still strong sellers, with David Walliam’s recent novel Bad Dad topping the Christmas charts for several weeks running. It ended being the Christmas bestseller in 2017, just pushing aside Jamie Oliver’s Five Ingredients. Children’s books and cookery books – as well as Scandi-style retrotopian hygge, lykke, lakom home-making books, mindfulness and fitness advice books, that’s what sold last year. It was a year, however, without an all-out trend like colouring books, or Harry Potter years which saw printed books surge wildly.

2018 will have a focus on two centenaries: the end of World War I in 1918, and women’s suffrage and feminism. We will report on campaigns and events centring on these two themes throughout the year. 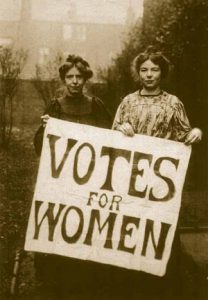 Brexit of course will continue to loom over everything. Perhaps other publishers will follow Laurence King’s example and simply open a German or other Continental subsidiary, thus treating markets across the water as home territories rather than foreign markets…

Whether the literary field really becomes more diverse in 2018 also remains to be seen. But with the Northern Book Prize, the Jhalak Prize for BAME writers awarded on 15 March 2018, the launch of the Good Journal, and the Good Agency, as well as an industry-wide action plan perhaps in a year’s time we will have seen real progress.

For more ideas on how to diversify the industry, read the interview with five staff members of various publishers and agencies in The Bookseller, 3 November 2017, p. 24-25.

More information about the Good Agency which has won a large Arts Council England grant can be found here: (link to the Guardian website https://www.theguardian.com/books/2017/dec/21/the-good-agency-diversity-publishing (last access 19 January 2018)