Gesa Stedman suffered from acute reader’s rage, when she explored three female authors promoted by The Bookseller in recent months. All are white, middle-class and middle-aged, and as such mirror not only Gesa Stedman’s subject and class position, but crucially, that of the main targeted readership of the majority of key players in the UK literary field.

The Bookseller is one of the backers of Sandra van Lente’s and Anamik Saha’s recent report on the lack of diversity in the literary field (link to report http://literaryfield.org/rethinking-diversity-action/). Unfortunately, the Bookseller’s own efforts are undercut by the kind of writer they endorse in their regular mid-magazine portrait. They do sometimes choose a writer of colour, but much less often than white writers. Three of the more recent endorsements intrigued me, which is why I sought them out and read their works. I had encountered Rachel Cusk some years ago, but not Clare Chambers or Tessa Hadley. Cusk’s work I had put down before, after having read one of the three novels in her most recent trilogy. It struck me as too English and too class-bound to matter much to me. I consciously bought several more of her works after having read A Life’s Work. On Becoming a Mother, which admittedly did resonate with me. 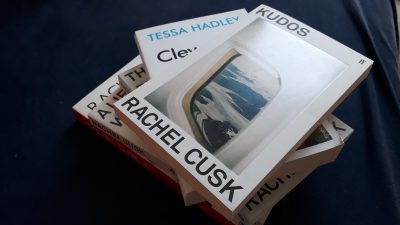 A pile of middle-class books

She is undoubtedly a talented writer who hones her sentences till nothing superfluous is left. She also undoubtedly points the finger at middle-class concerns. What annoyed me, however, was the narrowness of her vision and the seeming unwillingness to move beyond what I presume – although I cannot know that, and don’t want to – is her own position in life. If a text offers me nothing much more than an admittedly artful mirror of my own narrow life as a well-off, highly educated, white middle-class and middle-aged woman, why would I go on reading? It would bore me to death.

But I persevered and wondered whether Tessa Hadley or Clare Chambers held any surprises for me. They did not. Tessa Hadley is also more than able to craft a sentence, and to develop both characters and settings with acutely observed, minute pen-strokes. Her world, or rather, her fictional worlds, are even more limited than Cusk’s, who at least lets us travel to Europe with her – if only in the company of authors, publishers and translators. One gets the impression that nothing beyond Oxford or possibly Hampstead even exists for these authors. 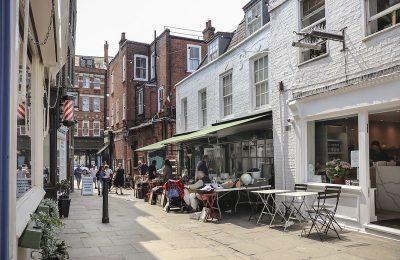 And that nothing but the concerns of literate, artistic middle- and upper-middle class people – white, of course – do not exist either. Or if they do exist, why would one want to read about them? I was thus neither delighted by Cusk’s The Bradshaw Variations, nor by Hadley’s The Clever Girl nor by Late in the Day. Any attempt at imagining someone who is not English, or who is anything less than middle class, are doomed to fail in all these novels. If someone is as talented as Hadley and Cusk, I wonder why that is the case?

Clare Chambers really annoyed me and led to a bout of severe reader’s rage and the vow to look elsewhere for inspiration in future. In contrast to Cusk and Hadley, Chambers is not a talented writer. The plots creak, the language is predictable, the characters often wooden and clichéd. Coupled with the same narrow Englishness in terms of class, space, topics, and language, the novels were almost too bad to finish them – a task at which I laboured for weeks. Neither the historical novel set in the 1950s, Small Pleasures, nor The Editor’s Wife were readable, not even for their entertainment value, because they had none at all. Interestingly, none of the endorsements even mentioned the fact that these novels are all explicitly middle class and obviously targeted at a readership which shares this position in society, including all the privileges but also all the anxieties that come with it. The norm, it seems, is always middle class. Anything that deviates in one direction or the other in terms of class is explicitly mentioned, as in “working-class literature”. While that is a good thing if one does not know where to look for the latter, normalising the norm by never making it explicit is a political statement.

Are there no white, middle-class, middle-aged female writers worth reading then? Of course there are. But one cannot find them within the narrow confines of London, nor are they to be found among 100% English writers. Rachel Seiffert is German-Australian and totally unafraid to roam the world to find inspiration for troubling characters and plots. Ali Smith is Scottish by birth, and perhaps more crucially, wasn’t born middle class. Both are excellent writers, both craft sentences meticulously, and both are seemingly effortlessly able to transcend boundaries of class, space, age, or gender. My summer reading was a disappointment and I relish the thought of discovering new voices and writers who are as far away from my white middle-class outlook on life and literature as possible!

More on Rachel Seiffert can be found on her website:

More on Ali Smith can be found on her publisher’s website: