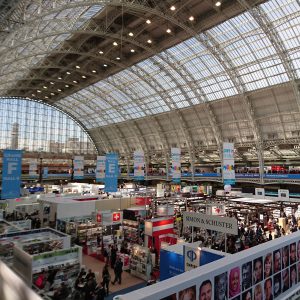 Serdecznie witamy to London – and do widzenia again! This week, the London Book Fair opened and closed its doors to agents, authors, booksellers, translators, academics, and many other people working in the literary field. Curiously enough, the official LBF page doesn’t really say anything about visitor numbers – so I guess this might indicate that it they weren’t that high this year. Could this be a result of last year’s referendum? That’s hard to tell, but not entirely unlikely. And it doesn’t come as a surprise that The Bookseller observed: “In the first London Book Fair after the Brexit vote and Donald Trump’s election, many fairgoers said politics was a hot topic during discussions, with more politically themed books seeping through into submissions.” (Bookseller special day 3, source see below)

This year’s guest of honour was Poland, so many book fair events were dedicated to Polish literature, Polish authors and translators. These events weren’t limited to the fairgrounds, but took also place at the London Review Bookstore, the British Library, and South Bank Centre to name just the biggest locations. I’m curious about the effect the book fair will have on the sale of translations rights, but I haven’t found any data yet. I suspect, though, that we will see more translations in the year(s) to come compared to the 15 translations per year that Dariusz Jaworski, director of the Polish Book Institute, mentions in an interview with Publishing Perspectives. The interview is worth reading and available via the following link: Interview with Dariusz Jaworski. 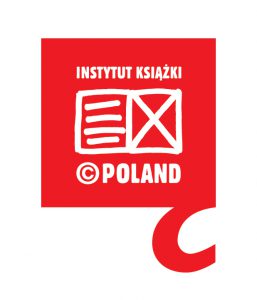 “Poland has a rich cultural and literary heritage and with over 32,480 published titles a-year it continues to be a major player, a significant importer and exporter of translated works, and an innovator in the digital space. It’s a great time to be working in or doing business with the Polish publishing industry.”
Jacks Thomas, Director of The London Book Fair (source: LBF website)

The website of the Polish Book Institute offers a lot of information about the Polish book market, e.g. overviews about publishers, agents, authors and translators as well as a catalogue of recent publications (in a variety of languages including German and English). They also offer information about translation grants offered in order to promote translations of Polish literature. You can find out more about the Polish Book Institute on their website: link.

As every year, the London Book Fair presented their Excellence Awards (details here: link). One of this year’s winners is The Shakespeare & Company bookshop in Paris which was named Bookshop of the Year and won against the other contenders Time Out Bookstore (New Zealand) and Exclusive Books (South Africa).

Heather McDaid, publisher and co-founder of 404 INK as well as co-organiser of the Scot Lit Fest, a virtual book festival (link), won one of the London Book Fair Trailblazer Awards. These awards were created to “celebrate the next generation of the UK publishing industry”. If you don’t know it yet, I definitely recommend you have a look at the indie publisher 404 ink (link) and their recent publication essay collection “Nasty Women” about “what it is to be a woman in the 21st century” (link).

What I love about the London Book Fair Excellence Awards is the fact that they also give out prizes for dissertations and projects in publishing education. What a neat way to appreciate what the ‘next generation’ is up to and to link academic work to the industry. While last year’s winners attended UCL, Oxford Brookes and Loughborough, this year, three out of four winners came from Oxford Brookes University, one of the four universities I admire for their publishing studies programmes (the others are the University of Stirling in Scotland, University College London, and the Johannes Gutenberg Universität-Mainz in Germany, but I haven’t been to the university and university of applied sciences in Leipzig, yet).

By the way: Jacks Thomas, director of the London Book Fair, will speak at the Centre for British Studies in Berlin in June 2017 about “Books, Brexit and Beyond” – so stay tuned, we’ll inform you about the details in due course.

In case you want to read more about this year’s London Book Fair, The Bookseller (link) and Publishing Perspectives (link) offer a variety of articles and interviews (most of them open access). And as every year, The Bookseller published a special issue for every day of the book fair. These issues are available online: