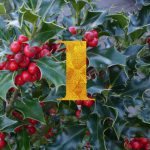 From a Railway Carriage” by Robert Louis Stevenson was first published towards the end of the 19th century (1885) in a children’s poetry book “A Child’s Garden of Verses”, an age when a train ride would still have been a novel and exciting way to travel. This impression is conveyed throughout the poem, which has a repetitive technique resembling a moving train on a track, expertly done through the use of the rhyming couplets: witches, ditches; battle, cattle; plain, rain etc.

Stevenson has cleverly captured a cheery, speedy and rhythmic view from a train. The reader feels a sense of speed as the single-track steam train races through the countryside. The observer gives an account of the pleasant views of the outside world as seen from inside the train: bridges, horses, cattle, fields, various country folk – an apparent rural view of ‘olde England’ ( … a glimpse and gone for ever) viewed from a modern contraption and something which would soon belong to a past age.

All in all a pleasant way of introducing poetry to a young audience.