Tanja Steinlechner reads “An den Prinzen Benjamin” by Else Lasker-Schüler 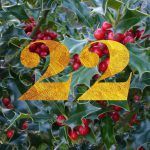 Else Lasker-Schüler was a Jewish German poet and part of the Berlin Bohème at the beginning of the 20th century. She is often described as a flamboyant personality and part of the Avantgarde and Expressionist movement. Else Lasker-Schüler wrote several volumes of poetry and three plays, as well as many short stories, essays and letters. Her poems were published in various magazines, among them the famous literary magazine Der Sturm. She emigrated to Switzerland and then Palestine when the Nazis took over Germany and died 1945 in Jerusalem.

Tanja Steinlechner is a multi-talented woman. She is an author and editor, but also a writing coach, a public relations expert and an organiser of writing and reading events. Find out more about her and her work at www.schreibhain.com