Gesa Stedman rounds up the latest news from the literary field, including prizes, bookselling during the pandemic, Black Lives Matter, and the climate crisis.

First, nothing much happened at all. Pandemic, lockdown, closed bookshops, postponed publication dates. Then, suddenly, everything began happening at once. Prizes, activism, an onslaught of new books, the Frankfurt Bookfair online, digital book festivals everywhere etc. etc. 2020 will probably end up being an odd year for the publishing world, as much as for most other areas of human activity. Here are the most important items of news that I thought are worth mentioning – in reverse order.

As usual, there was much controversy about the shortlist of the Booker Prize. Last year, readers will remember the scandal lay less in the prize itself, but more in the fact that it was split between two winners – Bernadine Evaristo and Margaret Atwood – which led a BBC reporter to label Bernadine Evaristo as “the other writer”. This year, the jury and the shortlist fared much better – it was one of the most diverse lists on record, perhaps in part because Margaret Busby chaired the jury. However, there was much criticism as the shortlisted authors were all debut authors, and there were not enough UK-based authors. The winner, in the end, was Scottish-born Douglas Stuart who won the award for Shuggie Bain. At least in terms of class, the prize did not go to a white, middle-class woman, nor is the novel about white middle-class women. That is a good start. And the author stressed how important Glasgow, and Scotland, were for forming his life, even though nowadays he lives in the US. 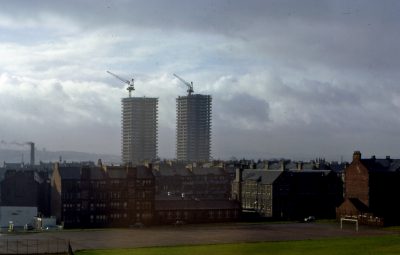 I haven’t read the novel yet, so here is a link to the Guardian review: https://www.theguardian.com/books/2020/aug/09/shuggie-bain-by-douglas-stuart-review-lithe-revelatory-debut

This prize is always a surprise, because it is awarded to writers who dare to experiment – “fiction at its most novel”, as the Goldsmith prize website has it. It went to John M. Harrison for his novel The Sunken Land Begins to Rise Again.  He is said to write literary fantasy fiction of the highest quality. I must admit I had never heard of him before, so perhaps a new discovery can be made here. However, I was a bit disappointed since – although the writer was not American for a change – he is white and male. I just wonder whether no one else writes experimental fiction who does not fill this particular category? The prize has a history of going more often to men than women. What’s new, you may well ask! Link to Goldsmith Prize website: https://www.gold.ac.uk/goldsmiths-prize/ (last access 23 December 2020)

Bookselling during the Pandemic

Booksellers have come out reasonably well – surprisingly well, given the fact that in the UK at least, many bookshops were considered non-essential and kept being closed, as they are again now under most lockdown forms in the UK. Many were inventive, however, and managed to move to online sales, delivered books by hand to their customers, or were able to sell in other inventive ways. The Bookseller has come up with a new category of award, given to inventive and daring booksellers: bookshop heroes. By setting up ad-hoc webshops, hand-delivering their books, tweeting bookshop news, appointment-only-openings, arranging for online readings and events, and generally staying in touch with their readers and book buyers, booksellers achieved this in spite of two lockdowns with only a short respite during the summer: link to the website of The Bookseller https://www.thebookseller.com/bookshop-heroes/heroes (last access 23 December 2020)

Since the non-diversity of the literary field in the UK (and everywhere, actually) has long concerned some agents in the field, it was perhaps not so surprising to find Black authors organising themselves. The Black Writers Guild was founded by  more than 200 Black writers in the UK and launched  in June 2020 https://www.theblackwritersguild.com/ (last access 23 December 2020) 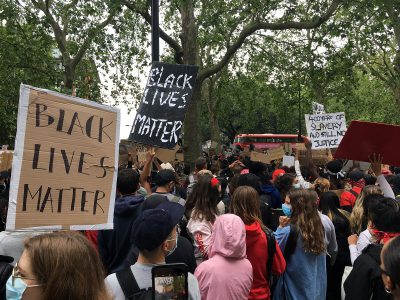 The guild includes established as well as up-and-coming writers and wants to press decision makers on tackling inequality:

We are calling on you to help us tackle the deep-rooted racial inequalities in the major corporate publishing companies and support grassroots black literary communities such as booksellers, book clubs and the Black Writers’ Guild.

While diversity is not at all limited to Black writers, it is an important move to remind all white readers, publishers, and writers that “PoC writers” – for want of a better term – is as diverse a group as any other (with the exception of the homogenous key agents in the literary field in the UK who are white and middle-class!). This is a complex issue to take into account. Publishers need to address it by being sensitive to heterogeneous diversity in all shapes and sizes – something they are obviously finding difficult to achieve, as our reports, and most of all Sandra van Lente’s work illustrates in every blog post. We will have to wait and see how this translates from being trendy and fashionable into structural change and will continue to report on progress in these matters, or perhaps, the lack of it… 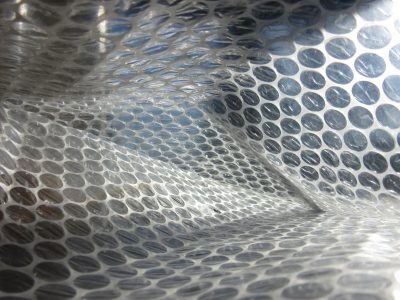 Green issues have taken a back-seat. I still get shrink-wrapped books, and not just obviously older products which have been lying on shelves for a while, but also freshly-minted books just off the printing presses. Why is it so difficult to wrap them in thin paper instead? Or develop sturdy endpapers and book covers which won’t cuff and dent when you only look at them, let alone handle them during transport? Like with all other pandemic-related issues, pandemic comes first, the climate comes later. That both are related, and should be addressed with equal force, seems to escape far too many publishers. One German bookseller at least has grasped what it takes and turned into the first climate-neutral bookseller, by using bike couriers, checking the carbon footprint of everything that happens in his shops, from coffee consumption to bus trips to the Frankfurt Bookfair (when it takes place), from heating and lighting in his shops to recycling packaging material and reducing advertising on paper. A model for others to follow? A portrait can be found in The Bookseller, 9 October 2020, p.10-11.

Profile Books publisher and former publishing director at Penguin Press Helen Cornford puts it in very straightforward terms: “To be able to continue our dance of culture and commerce we need to invest in protecting the physical world that allows us to do so.” The Bookseller, 2 October 2020, p. 10.

Oddly, Brexit was a no-no in the British press until the most recent rounds of talks stalled, and until endless lorry queues near Dover became impossible to ignore. That cannot only be because Covid-19 takes up so much of everyone’s energy and daily attention. Has everyone stuck their head in the sand, hoping it will all go away, like the millennium bug which never happened? Or are people really hoping that in the next few days and weeks a deal will be struck – even if it is thin – which will allow publishers and booksellers to function as normal? I don’t know. But I find it very odd that this was not mentioned anywhere, although last year this was such an important issue. I suspect waking up in January will lead many people to reconsider what the thin deal or the no-deal means for their business, and the fall-out – not least for the publishing and book-selling world – will become clearer during the first six months of 2021.

A sure bestselling author, and a severe anti-Brexit author, died in December: former secret agent and master spy-novel writer John Le Carré. His classic novels set in Cold War Berlin remind us that 30 years since the wall came down is not really very long ago – but they also reminded me, again, that quite a number of male writers are often very very sexist, which makes me put down their novels a lot faster than when I first read them 30 years ago. Here is the obituary from The Guardian: link to https://www.theguardian.com/books/2020/dec/14/john-le-carre-obituary (last access 23 December 2020)

An important and much revered if controversial figure from the publishing world also died, aged 87: Tom Maschler, publishing and managing director of Jonathan Cape, and architect of The Booker Prize. He, like many influential figures in the British literary field, was born on the continent, in Berlin,  to Austrian parents, who had fled from Vienna in 1938. His father was a publisher’s representative and Tom Maschler did not originally want to move into publishing, but ultimately, did, with considerable success. He was responsible for many now famous authors, and a key player in the move from gentlemanly to conglomerate publishing. Link to The Guardian obituary https://www.theguardian.com/books/2020/oct/16/tom-maschler-obituary (last access 23 December 2020)

The quite nasty debate sparked off by J.K. Rowling has spiralled in all kinds of directions. Suffice it to note that an author and her words not directly related to her works can do this. Some agents and publishers have come out in her support, others have stepped down from companies which involve her, as they do not wish to be associated with her any longer. Sometimes, issues are more complex then they seem on Twitter, as Susan Vahabzadeh in Süddeutsche Zeitung explained, when she shed light on the accusation that Rowling’s detective Robert Gailbraith was named after a homophobic scientist https://www.sueddeutsche.de/kultur/j-k-rowling-krimi-debatte-1.5051473 (last access 23 December 2020). I have decided I don’t want to get involved, which may seem a bit weak. But the future does not lie in identity politics, and overall, those of us who identify politically on the left should not be distracted by this kind of infighting. The enemy lies elsewhere, I think, and I don’t want to play into their right-wing, populist and anti-democratic hands by joining a heated, social-media-led debate. Or, as the very popular and bestselling German children’s author Kirsten Boie put it: “I don’t want to be associated with right-wing positions” – therefore, she declined the prize awarded by the society for the German language (“Verein Deutsche Sprache”) which uses fascist language and tropes in its self-presentation (link to the society’s website, which kicks off with “Schluss mit Gender Unfug!” https://vds-ev.de/ last access 23 December 2020). That’s where the real danger lies, I think.

To end on a more positive note: 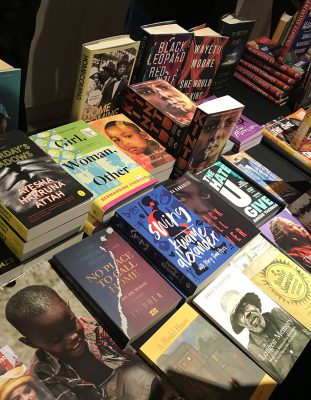 People have bought books and are reading like never before. I can only wholeheartedly agree: I have more time to read, although I work more, longer, and harder, simply because the stupid times of commuting, the school run, useless and long meetings have been replaced by more concentrated work, and then free periods of time – admittedly, in the middle of the night and at the weekend, but still: what else would one do but read, after spending one’s days staring into screens? This applies only to certain kinds of jobs, needless to say, and not to what is now called front-line workers in the health service, public transport, production, or in supermarkets. But for those of us who work from home, this seems to be a trend shared by many people. So there is hope for both authors and publishers as well as booksellers, although no one will be sad, I think, to leave digital readings behind and return to real-life interactions with authors and audiences, and perhaps at some point, even to real-life book fairs too.