In today’s post, Sandra van Lente shares her experience of reading MAINSTREAM. An Anthology of Stories from the Edges and interviews Justin David, one of the authors, editors and publishers of the anthology. 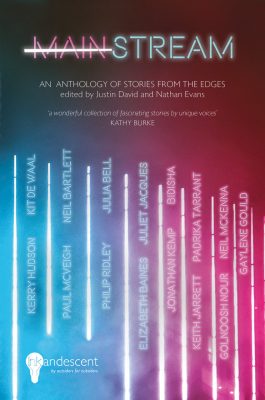 MAINSTREAM. An Anthology of Stories from the Edges was published by the indie publisher Inkandescent, crowdfunded through Unbound and edited by Justin David and Nathan Evans, who also run the press. So many aspects about this book and the stories caught my interest – from the publisher to the crowdfunding campaign, to the way they ‘found’ the authors and, of course, the stories themselves. I’m always a bit nervous to write about anthologies, concerned not to do justice to their authors and the breadth of their topics, takes and techniques, but I will give it my best because I really enjoyed it and encountered so many authors I would like to read more from.

The publishers actually had me at their name… (I’m a sucker for an evocative pun). But it’s not just the name, it’s also their “by outsiders for outsiders” statement and their invitation in the anthology’s dedication that reads: “for everyone who’s ever been kept out because of who you are or where you are from, come in…” I’ve heard a few of those promises and they often wake the cynic in me. After having read the stories in the anthology and after having browsed their front- and backlist, this seems to be one of the genuine ones.

Interestingly, in our research about the ‘diversity’ in British publishing, my colleague Anamik Saha and I encountered an unease or ignorance of publishing staff about how to approach and sell to people beyond the white middle-class and their fictitious impersonation “Susan”. Inkandescent just do it – and Justin David shares some insight into how they do it in our interview (link).

Another revealing but maybe not surprising observation is that MAINSTREAM (Inkandescent, 2021) – just like Common People (Unbound, 2019; link to blog about the Common People launch), The 32: An Anthology of Irish Working Class Writers (Unbound, 2022), The Good Immigrant (Unbound, 2016; UK edition), and Nasty Women (404ink, 2017), to name just a few – is yet another crowdfunded anthology that aims to rectify an imbalance in publishing and give a stage to voices that are often marginalised and/or ignored. I’ll leave it at that.

30 Contributions and No ‘Single Story’ 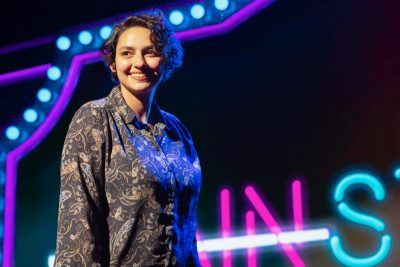 There are 30 contributions in this anthology – 15 written by established writers, 15 by emerging ones – and it’s rather impossible to sum them all up. They vary in style, theme, mode, perspective and every other possible element of a good story. Some follow realistic conventions, others not at all; one contribution even uses the structure of a nursery rhyme. While some stories are rather straight-forward, others take more time to figure out. The narrators reveal different levels of reliability, but they all suck you into their respective story. Ashley Hickson-Lovence, author of The 392 (Own It!, 2019) and the upcoming Your Show (Faber, 2022) called the anthology:

‘A riveting collection of stories, deftly articulated. Every voice entirely captivating: page to page, tale to tale. These are stories told with real heart from writers emerging from the margins in style.’

I was tempted to just quote some of the endorsements, but I’ll try to be more specific. Let me start with this first observation: what the stories have in common is that they don’t fall into the trap of the single story. There would have been many opportunities to tell the story of a queer Muslim woman in Iran and Saudi Arabia or an encounter between a gay teenager and an older man in the lavatories of a train station that would have perpetuated the stereotypes with which we are so often confronted. Golnoosh Nour (“Happy Ending”) and Neil Bartlett (“Twickenham”) created complex characters and scenarios with round characters (and, in my opinion, very credible teenage minds) that give you a completely different view.

Throughout the book, I found, the round characters provided a welcome change from often stereotypical depictions of, e.g. gay teenagers, working-class children, trans women, people who are HIV positive, street sweepers (not that I have come across that many before), and Muslim families. In the MAINSTREAM anthology, you will find stories written from the point of view of children and elderly people with dementia and everything in between. In fact, the stories are arranged according to the age of the characters and that makes for a very interesting read (says the person who likes to jump around in anthologies).

“No Place for Picnicking”
(from Hedy Hume, “The Beach”)

Some of the recurring topics are the barriers that marginalised people encounter in the UK and beyond – and it’s not just London or England and not just contemporary settings! – , experiences of a pressure to conform as well as the search for and finding ones ‘tribe’.

Hedy Hume’s “The Beach” is such a story about the life-changing effect that the encounter of a loving community and becoming part of it can have. Some stories are told in retrospect from a more mature perspective, so we’re observing the characters trying to make sense of their lives and how they got where they are now. In “The Beach”, the retrospective is interrupted by some memories on another time level, while the act of remembering and sense-making is solved differently in other contributions. In Neil Bartlett’s “Twickenham”, the narrator thinks about the many “kinds of silence there are in this story” and how these could be seen as “places we might need to get back to, if we are ever to understand how we got from there to here”.

Families play a rather important role throughout the anthology. As they do in life, I guess. Here, I felt they were often included as the first space in which the characters explored their identities – or the first collective that demanded conformity (“people like us aren’t like that” – Nathan Evans, “Going Up, Going Down”). Many contributions directly or indirectly allude to the past and the families of their protagonists. How families can be a loving and nurturing environment, or how they can have a detrimental effect on the very fabric of your body (an allusion to “Scaffolding” by Giselle Leeb). And in some cases, the reflection of the protagonists can change their perception of the past: “sometimes the way we choose to love perpetuates the damage we seek to diminish.” (Alex Hopkins, “Last Visit”)

However, the stories are never just about one thing, one aspect of a character’s identity, one issue with the family or one ‘problem’ they need to overcome. They are also not ‘just’ about the struggles the off-mainstream characters face, even though it does play a role how the characters are marginalised and hindered in their choices by ‘mainstream’ society. Or how they are discriminated within what one could see as ‘their own’ community at first glance, e.g. for being gay and HIV-positive.

The 30 stories leave lots of space to come to one’s own conclusion. And they also provide opportunities to check your own perception and maybe even your own tendency to pigeon-hole as you read.

Justin David shines a light on the making of MAINSTREAM in the interview I conducted with him this summer. He tells us about Inkandescent’s origins, how the anthology was created and how they navigate. 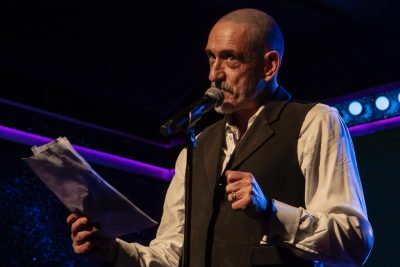 The MAINSTREAM launch party in the summer was held at the Above the Stag Theatre in Vauxhall (London). If you’re curious, you can watch a recording with readings from Gaylene Gould, Iqbal Hussain, Julia Bell, Golnoosh Nour, Juliet Jacques and Neil Bartlett on YouTube: www.youtube.com/watch?v=S1fgW-9Df-4. I’m always grateful for these opportunities to listen in, even though I’m not in the UK any more…