On this year’s International Women’s Day, Sandra van Lente writes about the essay collection Nasty Women and the publishing house that produced it: the independent Scottish publisher 404ink, founded and run by Laura Jones and Heather McDaid. 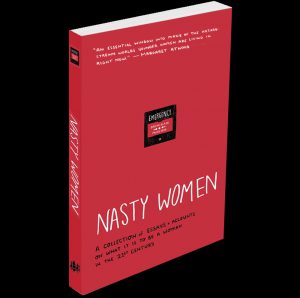 I would like to use this year’s International Women’s Day to draw your attention to a number of powerful women: the independent Scottish publishers Heather McDaid and Laura Jones as well as the authors of the Nasty Women anthology (404ink, 2017).

Nasty Women was published just in time for last year’s International Women’s Day. The idea came up in the context of Trump’s election, but it is more than a reply to his rhetoric and lies. It’s a reaction to the presence and normalisation of misogyny, racism, discrimination and inequality that we can spot in so many countries at the moment, including Germany and the UK. Heather McDaid, as quoted by the Huffington Post, explains: “we wanted to do our part in pushing back with real stories and shouting about women’s experiences as loudly as possible while others try to sweep them, and many others’ stories, under the carpet.” (link to full article)

The bright red cover, underlining the urgency of the book, promises “a collection of essays and accounts on what it is to be a woman in the 21st century”. Twenty-two authors wrote stories from their individual perspective, highlighting what they’re up against, often reclaiming the term “nasty woman”. The stories are by no means a collection of whining and complaints. Instead, they’re remarkable accounts of strong women who went their own way despite systemic misogyny, racism, classism and other forms of discrimination. The topics range from racism and complicit behaviour, from what it feels like to survive rape, be blamed and labelled unreliable on top of it, from (limited) working-class representations and expectations to discrimination based on ability, health and looks. For me, many of the stories were hard to digest. A number of them are quite far away from what I know, reminding me of my own privilege and perspective. However, they all struck a chord and resonated with me and created a sense of solidarity. Quite a powerful book.

These strong women and their stories were very inspiring and a much welcome contrast: while in many other contexts generalisations prevail, the stories in Nasty Women offer a nuanced, differentiated picture, a true kaleidoscope of what it means to be a woman today and what one has to put up with. What they have in common is that all women face situations in which they refuse to comply, be quiet, and do what’s expected by the majority around them.

Apologies for not going into more detail about the individual stories. But here’s an idea: read the book, send us your review of one of the stories and we’ll publish them in our Literary Field Kaleidoscope (editing reserved; contact details: see imprint). 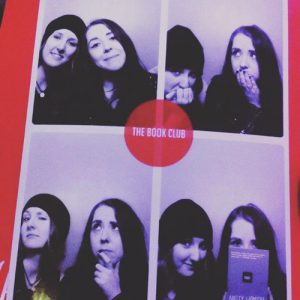 Laura Jones and Heather McDaid, the publishers behind Nasty Women, decided to raise the money for the book via the crowdfunding platform Kickstarter. In conversation with Publishing Perspectives (link to the article), they explain this choice. For them, it was not only a way to raise money, but also to build a fan base. Looking at their success on social media, literary festivals and the tills, this looks like a great choice.

Nasty Women was crowdfunded and met its Kickstarter goal of 6,000 GBP for authors, printing, etc. within three days! When people like Margaret Atwood backed it and brought even more attention to the project, they ended up with almost four times as much money (369% funded!). Margaret Atwood’s Twitter comment was later also printed on the cover: she described Nasty Women as “an essential window into many of the hazard-strewn worlds younger women are living in right now”. 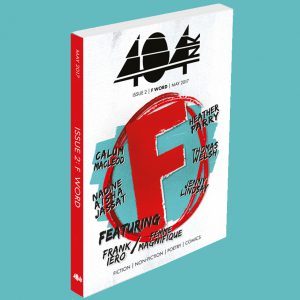 404ink was founded by Laura Jones and Heather McDaid who wanted to change Scottish publishing. I think it’s fair to say that they have made their mark. 404ink started with their own Literary Magazine – issue 1: ERROR, 2: F WORD, 3: POWER – and then moved to publishing books on top of it with Nasty Women. Since then, they have also published the short stories collection Hings by the Glaswegian writer Chris McQueer, whom they discovered through their literary magazine, and The Last Days of James Scythe written by the horror punk band Creeper.

404ink and their publications already received a number of prizes (see their website for a full list). For example, Laura Jones and Heather McDaid received the Creative Edinburgh Startup Award 2017 and the Saltire Emerging Publisher of the Year Award 2017 (link to the event’s page). The Saltire Society claim that 404ink’s “dedication and innovation are changing the face of modern Scottish publishing.”

They have definitely hit a nerve. To give you just one more example: at the Edinburgh International Book Festival 2017, Nasty Women was the bestselling book. As part of the “This woman can” series, Nasty Women contributors Nadine Aisha Jassat, Joelle Owusu, and Laura Waddell discussed their work. And Heather McDaid represented 404ink in a joint event with the renowned author Elif Shafak and Scotland’s First Minister Nicola Sturgeon who encouraged them to keep up the good work.

While 2017 was at the same time exciting and exhausting – as Laura Jones and Heather McDaid wrote in a very honest blog at the end of last year – it was only the start. A number of new projects are already lined up for 2018, such as Helen McClory’s collections Mayhem and Death and On the Edges of Wisdom (March 2018) and another issue of the 404ink Literary Magazine (topic: INK).

Furthermore, 404ink together with BHP Comics will be publishing a graphic novel anthology that celebrates the centenary of the first wave of women gaining the right to vote in the UK: We Shall Fight Until We Win. A Century of Pioneering Political Women. It was, again, successfully crowdfunded via Kickstarter. More details – including a breakdown of how they’ll spend the money – can be found on their project page: link.

I highly recommend keeping an eye out for this amazing indie publisher’s projects. Do have a look at (and buy) their books and magazines and spread the word – they’re worth it.

If you’re looking for a book to start with, I recommend Nasty Women, not only but also to celebrate International Women’s Day – or women in general. And (continue to) support independent publishers and booksellers!