In November 2017, Mary Beard’s book Women & Power. A Manifesto hit the shelves – and a nerve. In the two parts titled “The Public Voice of Women” and “Women in Power”, Mary Beard draws our attention to culturally embedded stereotypes and “cultural template[s] which [work] to disempower women”. She provides many examples from ancient Greece to contemporary Britain – and attempts to point towards possible strategies to overcome this imbalance. In the following conversation, Sabine Blackmore, who is a literary scholar and also works as a gender equality coach and project manager, provides an account of her reading of the book and explains how Mary Beard’s manifesto inspired her and her work.

How did you come across Mary Beard in the first place?

I’ve followed the works of Mary Beard sporadically for quite some time and first stumbled over her as the Classics editor of The Times Literary Supplement which I devoured when I was working on my PhD. After a while, she became more pronounced and prominent in feminist discourses and social media, especially Twitter. At the moment, I’d say she is one of the most famous and learned feminist spokeswoman in her field. Besides Mary Beard the editor and Mary Beard the feminist, Mary Beard the academic plays another role. I admire her way of being visible and approachable as a scholar fulfilling a very important function in these days: to stand up for the importance of knowledge and freedom, to demonstrate a strong political stand in public (as an academic woman) and to take the abuse for it, for instance after she had appeared in a talk show in 2013 and was severely attacked and ridiculed. She took the abuse, not uncommented, though critically and outspokenly thus making visible that something is going seriously wrong at the moment in our way of powerful speeches.

What is so special about this manifesto (compared to other books about similar topics)? 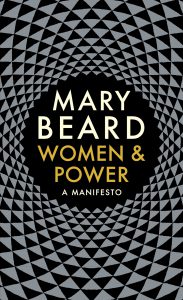 Women & Power is, of course, by no means the first book that focusses on the mechanisms to silence the voice – or more widely, the power – of women nor does Beard’s manifesto claims to be the first one. There has been a wide range of books, most famously maybe Kate Millett’s Sexual Politics (1970) and Christiane Brückner’s fictitious monologues of historical women Wenn Du geredet hättest, Desdemona which was enormously popular in Germany during the 1980s, dealing with the culturally induced and established ways to prevent women to voice their concerns and issues to stand up for themselves and reach for political and cultural power.

What makes Women & Power special is the actual interplay between text and its subject. Or, to put it differently, the text actually depicts what it says is not happening, what the literary figures in their respective narratives are not able to do and what the speaker of Women & Power, i.e. the public persona of Mary Beard, is not supposed to be doing. The texts speaks about something that actually must be kept quiet and thus, it plays with this idea of voicing and silence in a very intelligent way.  Moreover, the manifesto as a genre, as its Latin root conveys, makes something literally “palpable by the hand”, i.e. understandable or visible what was hidden before. Figuratively speaking and in a more current meaning of the word, the manifesto clearly states an individual’s or group’s political or artistic aims and goals, but it also states something that is hardly disputably as it is actually clearly “manifest”.

What where the most important epiphanies you had and recommendations you identified or came up with yourself– for individuals, for institutions, for collective action?

I think, I came to realize again that we generally need to think more deeply and in more interconnected ways – like the humanities usually suggest. Again, this is by no means a new idea or thought. And yet, we tend to take too little time to read and permeate things in order to truly grasp its core. The text impressively demonstrates this way of “deep thinking” which requires an amount of effort, concentration and knowledge that is often missing in our everyday life.

In order to understand and change cultural mechanisms that structure patriarchal societies it is paramount to think deeply to grasp the ideas behind the mechanisms – this is surely something everybody can do in his_her environment: as an individual, as part of an institution and of a collective.

How did Mary Beard’s book inspire you personally – for your work and your life?

The values I stand up for in my personal life and my work can, luckily, hardly be separated. This probably counts true for most people who have a strong motivation to make a change – however big or small. Moreover, this inseparability of values provides me with a joint force to pursue my work for gender equality in higher education – when I hit resistances, when I get tired and disheartened, when I need to be the spark of inspiration.

Women & Power addresses three important fields in my professional biography: the literary critic in me is delighted by the smartness of the text, how it uses literary texts to make hidden structures visible – or manifest. As a stakeholder in the gender equality area I regain the bigger picture of my immediate environment and the vision of a gender equal society, I see beyond the limits of my everyday tasks and strive for bolder ideas. As a coach for higher education and gender equality I see that my ability to support people who want to make a difference is, in itself a way to make a difference.

What do you make of Mary Beard’s claim that we must rethink power and make it less male-coded? How can we “decouple it from public prestige” and think more collaboratively instead of focussing on leadership (p.87 and afterword)?

This is not an easy question and there surely is no easy answer. As Beard herself sort of postpones this question to her next book, it would be an important step to ask ourselves questions about our own way to legitimate and execute power ourselves. How do we perceive power? What does it mean to us? Do we empower others or try to hold on to power? Generally, power, as a cultural, social and political construct, is pretty powerless. We need power structures to define and deal with our social relationships. However, the ways in which we are used to think about, condemn or accumulate, oppress or execute, and il_legitimate power is a massive problem. By reflecting our personal ideas and dealings with power we can actually learn a lot not only of how we are socialised, but also how willing we actually are to share some of our privileges and power with others. Realising that we might be in fact rather unwilling to share our power, the next step would be to identify the reasons that prevent us from striving for a more equal society.

Of course, this way of action has its tremendous flaws, shortcomings and surely will not the change the world over night. And yet, it would be one possible way of many to soften edges of our current ideas of power and to make the change happen right here, right now.

Mary Beard claims that many of the metaphors used for women who actually have power often transport the meaning of “taking something to which they are not quite entitled” (p. 57) and that many “cultural templates“, a number of them going as far back as the Greek and Roman classics, work to “disempower women” (p. 58). Some examples include Merkel, May and Clinton being depicted as Medusa, revealing beheading as a strategy to silence women and a “normalisation of gendered violence” (p. 79). Should we put more effort into attempts to replace these images? Can more feminist representations in literature, theatre, series and films do the trick? How would you evaluate measures like the database for women in MINT (e.g.: https://bilder.komm-mach-mint.de/pages/home.php) in order to create new images? And is it something we can achieve in our lifetime or merely start?

We should definitely put more effort into creating different images and “cultural templates” of (powerful) women. The trick is not done by replacing, but by revealing the mechanisms behind them and then to create different ideas. This is neither something that can be achieved, i.e. will be finished one day, nor are we merely at the start of this process. A steadily growing number of women and men are in the midst of this process. Yes, there are cultural, social, and political resistances as well as counter-movements, Anti-Feminists and the AfD are merely the tip of the ice berg. There are hate speeches and there is sexualised violence against women (and men). And yet: the generations of women before us have achieved things that were deemed impossible, unreachable (just think about the women’s vote or women to be allowed to run the marathon or to work (without their male guardian to agree) or to even live…) – so, who are we that we think we will have to accomplish this process in our lifetime? I mean, this would be fabulous, but I am contributing my share to this process, and this is already good enough. Don’t get me wrong, there must be visionary thinkers in order to change things, and there must be the women and men who contribute their strength, ideas and passion for the cause – and together (as equals) they are the revolution.

How does it resonate with you when Mary Beard says that mentoring schemes, speech training and leadership programmes for women do not solve the problem? What is your experience after quite a few years as gender equality programme manager at different universities?

I think, Mary Beard is right in saying that these sort of measurements will not turn the world upside down and change it for good. This does not, however, mean that these actions are futile. Quite the contrary. Through them, the universities (and other organisations, institutions, and companies, are doing something to support women structurally and individually to be more represented on the different levels of career within universities. This all happens within the system’s borders and thus will only slowly push them. What we would need are more visionary and bold people in powerful positions who’d be willing to think across organisational limitations and resistances, who’d be transparent, adamant and maybe relentless in following this path – and still remain human or become even more so. As this sounds quite utopian right now, I think, we’re moving slowly, but we’re moving! 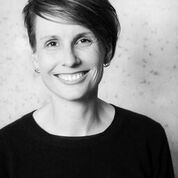