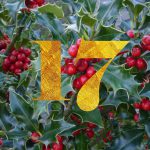 This story is called “The Disgraced Fox”, and it’s from a collection of Korean folk tales called “Hungbu and Nolbu” published in 1991 by the Foreign Languages Publishing House in Pyongyang, North Korea. The tales were collected by Ho Won Gil (unfortunately, there’s no note on the translator).

The stories are available in the public domain via North Korea’s official website naenara.

Helen Oyeyemi is a contemporary British writer. She wrote her first novel, The Icarus Girl, while still at school studying for her A levels. You can find out more about Helen Oyeyemi on her website www.helenoyeyemi.com and see a list of her published works below.