Catherine Julie Smith reads “Into my heart an air that kills” by A.E Housman 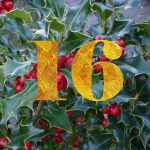 A.E Housman’s A Shropshire Lad is a cycle of 63 poems published in the latter years of the 19th century which, at first, sold slowly, but then became a popular read because of the Boer War and the First World War.

A Shropshire Lad is an emotional and pessimistic poetic journey through the brevity of life (pastoral, rural English), nature, friendship, youth, war, death. Although dark, painful and realistic what makes it readable is the simple language used.

I rediscovered it through reading the autobiography of a well-known British comedy writer and radio/television personality, Frank Muir, whose title of which A Kentish Lad reminded me of the above.