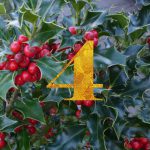 This very short story by Holger Marks is taken from the “Fantastic Minitaures” (Phantastische Miniaturen) series published by the Wetzlar Library of the Fantastic (Phantastische Bibliothek Wetzlar). Since Wetzlar is also known for boring the young poet Goethe to such an extent that he wrote the “The Sorrows of Young Werther” which made him famous, the story contains some lines from his poem “Prometheus”.

It is read by Klaudia Seibel who works at the Wetzlar Library of the Fantastic (www.phantastik.eu). She is a researcher at the “Future Life” project which uses ideas from Science Fiction to incite innovation in tech companies.