With her second novel, writer and bookshop owner Evie Wyld won three awards, the Miles Franklin Award, the Encore Award and the Jerwood Fiction Uncovered Prize. Gesa Stedman reviews the powerful and haunting All the Birds, Singing and hopes for more from this talented writer. 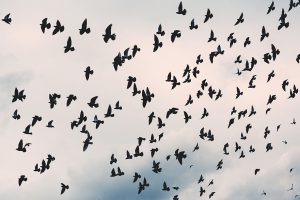 All the Birds, Singing, will the teach you about Australian sheep farming, sheep farming on a desolate and unnamed British island, about living alone as a woman, about owning a dog – named Dog – and about the long-lasting scars of abuse and sexual weirdness, if not murder. Do we need to learn all that? Yes, if it is represented in the way Evie Wyld does. Her novel will leave you feeling haunted. It is a novel one shouldn’t read when alone, or late at night. But other than more conventional crime fiction, it is not about unravelling a mystery, or trying to explain the psychological, social or other reasons for people becoming violent or even murdering others, although it does all that, too. The novel offers the readers a plot, a protagonist, and a setting which is one of the most remote one can imagine, both for a bookshop owner from Peckham (Evie Wyld’s day job), and the majority of today’s UK readership, which is white, female, and middle-aged and middle or upper-middle class.

Jake Whyte is the sole resident of an old farmhouse on an unnamed British island, a place of ceaseless rains and battering winds. It’s just her, her untamed companion, Dog, and a flock of sheep. Which is how she wanted it to be. But something is coming for the sheep – every few nights it picks one off, leaves it in rags.

It could be anything. There are foxes in the woods, a strange boy and a strange man, rumours of an obscure, formidable beast. And there is Jake’s unknown past, perhaps breaking into the present, a story hidden thousands of years ago, in a landscape of different colour and sound, a story held in the scars that stripe her back. (book jacket)

Because the mystery and how it is solved is part of the pleasure of reading this novel, I will not give it away. But the lasting impression of All the Birds, Singing is not so much its plot, stark and terrible as it is, but the narrative voice which we are offered here. Or as The Times reviewer put it “Unsettling, extraordinarily fresh … an original new voice”. Descriptions of landscape, the weather, the loneliness of Australian or British farms, the cultural and class complications of rural societies in both countries, the sounds of animals, of the sea, of a bush fire, the position of a woman in a man’s world – all this and more is offered in sparse, and seemingly simple writing, beneath which hide all the horrors humans can inflict upon one another. And that is my only criticism: that the horror is spelled out in such a way, made so explicit in its sexual and physical detail that there is an element of voyeurism which one can detect beneath the surface of the novel. Shocking middle-class readers? Yes. But should it be done with such graphic violence? Doesn’t it make such a good text come too close to splatteresque representations? Perhaps it is just middle-class squeamishness. In any case, the next novel by Evie Wyld, even if it is as violent and gory, will be on my book pile as soon as it is out – to be read during the day, preferably in the company of others. 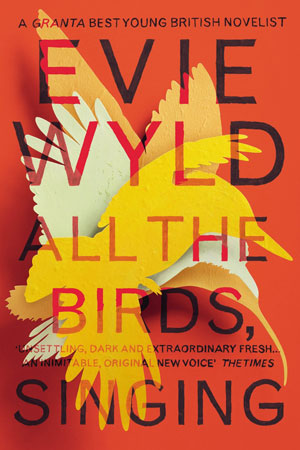 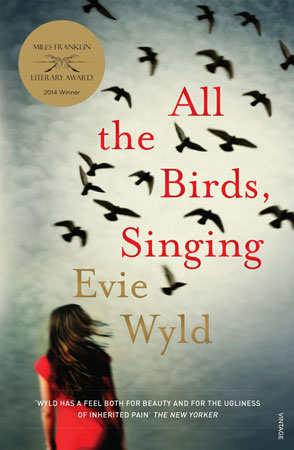 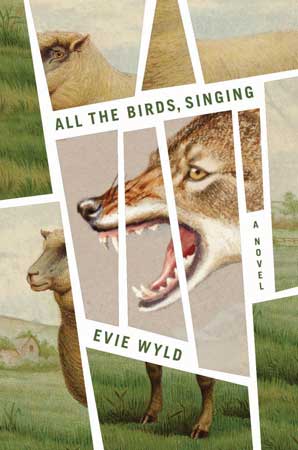 Evie Wyld was born in London and grew up in Australia and South London. She studied creative writing at Bath Spa and Goldsmiths University. Her first novel, After the Fire, a Still Small Voice, won the John Llewellyn Rhys Prize and a Betty Trask Award and was shortlisted for the Orange Prize for New Writers, the Commonwealth Prize and the International IMPAC Dublin literary award. In 2013 she was included on Granta Magazine’s once a decade Best of Young British Novelists list. (www.eviewyld.com, last access 8 March 2017)

A longer portrait of Evie Wyld and all about her Australian background can be read here: https://www.theguardian.com/books/australia-culture-blog/2014/jun/27/evie-wyld-on-the-anger-and-frustration-of-being-a-woman (last access 8 March 2017)

Reproduction of the covers with Evie Wyld’s kind permission (www.eviewyld.com).