Gesa Stedman reviews Kate Tempest’s first novel, The Bricks that Built the Houses which does not stand up to the praise heaped upon it.

Raving reviewers should be read with caution, and their advice followed at one’s own peril. The Independent attests Kate Tempest “a talent that knows no bounds” (back cover), The Guardian thinks the author – or the novel? – has “a genuinely galvanizing presence” (back cover) and Ali Smith, whose judgment is always sound and one which this reviewer for one usually trusts, calls the novel “powerful and merciful” (front cover). 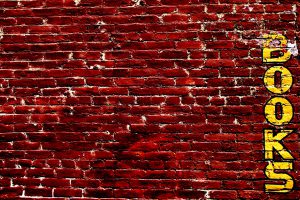 Kate Tempest, a celebrated spoken word artist, poet, rapper, and dramatist, published her first novel in 2016 (Bloomsbury Circus). It is based on her album Everybody Down, and tells the story of Pete, Becky, Leon, and Harry, the latter being a young female cocaine dealer. At first I thought my lack of enthusiasm was down to the – for me – unfamiliar and not particularly interesting south-east London world of drug dealing and taking, making it as a young dancer etc. But since when does prior lack of knowledge of a milieu preclude pleasure and interest in reading novels? Not really, or would we otherwise be interested in reading about Australian sheep farmers (Evie Wyld, All the Birds Singing), elderly colonialists returning to Hongkong (Jane Gardam’s Old Filth trilogy), or Edinburgh druggies (Irvine Welsh, Trainspotting), to mention just a few of recent and less recent milieus I have encountered when reading novels?

Undoubtedly, Kate Tempest is a talented wordsmith and lyricist/poet:

Becky’s heart punches itself out of her chest and runs screaming through the room, smearing blood all over the walls. She looks down, bemused and studies the new hole in her chest. For years she has been smiling in all the right parties and standing neutral in audition rooms, listening attentively to directors like this one. She is sick of it. Her throat is sore and dry and there is a burrowing mole clawing soil in her head. (31)

But in terms of how to advance the plot without making it creak, and how to characterise her fictitious personnel without endless lists of adjectives and descriptions, one just wishes an editor had worked harder with the author. Or that she had found inspiration from Ali Smith, who lets her characters speak and act for themselves, thus indirectly characterising them and giving them a lasting shape on the page. Or that Kate Tempest had taken a leaf out of Rachel Seiffert’s book – who, incidentally, also explores social milieus not necessarily well-known to the average white middle class reader – and adopted the technique of bringing characters to life by paring down the amount of adjectives to an absolute minimum. Instead, we get lots of passages such as the following:

Becky’s Uncle Ron was short and round, and had a laugh like a broken engine, stuttering and guttural. He was south London Jewish and was proud of his heritage. He was a softy really, but in public he scowled and swaggered and cut his eyes at anyone he didn’t like the look of. He wore what Linda picked out for him. His dark hair was long at the top and neat at the sides, swept back off his head in a little baggy quaff. He had a happy mouth full of teeth, ground down from cheap teenage speed and yellowing from sweets and fags, piercing bright blue eyes that shone when he thought hard, set deep in his face, and a brow that stood out like a headline. He walked with his arms linked behind his back, chest pushed out, greeting people he knew with a bow of the head. (75-76)

And so it continues, endlessly, with Becky trying to become a proper employed dancer while at the same time earning money as an escort girl, Harry trying to find a bigger deal, Leon helping her in their ‘work’ and Pete drifting around not finding his feet in life. We get a lot of quite conventional drug scene depictions with money transfers, dangerous meets, competing dealers getting violent, a heist, a flight etc. But it just doesn’t add up to a proper novel which maintains the readers’ interest either because of the way the story is told, or because the characters are so interesting, important, life-like or whatever to keep one’s attention from wandering. In the end, I skim-read to get it over with. More poetry please, and spoken-word events, but not another ‘brick’ of a novel…

More about the writer can be found here: https://www.katetempest.co.uk/ (last access 8 March 2017)