New in our Students’ Corner: Ann-Katrin Daflis’ review of the “timeless and relentless” novel Good Morning, Midnight by Jean Rhys.

If you are looking for a light read that will easily be forgotten after you have finished reading it, you should keep away from Jean Rhys’ Good Morning, Midnight. This modern classic is complex and will make a lasting impression. Though the slim exterior might be deceiving, these 176 pages are an ambiguous read that keeps your mind occupied: is the author offering you a cutting account of everyday cruelty and how it feels to be treated when you are sick and society looks down on you, or is it about an unreliable narrator whose anxiety and delirium makes it seem like something that isn’t? 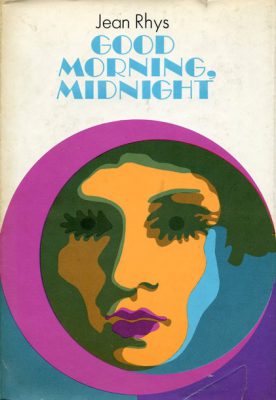 Good Morning, Midnight is Jean Rhys’s fourth novel. She was discovered and encouraged to write by the 20th-century English novelist Ford Maddox Ford. Despite her mentor’s support, Good Morning, Midnight was largely unsuccessful when it was first published in 1939. As had been her previous novels. The editors’ of Penguin Books opinion on the failing success is that 20th-century society had not been ready for Jean Rhys’ less than perfect and promiscuous female anti-heroes. Experiencing her work´s contemporariness that could equally portray 21st-century views strongly reinforces this assumption. Her early work does not shy away from examining society´s hypocrisy regarding women and sexuality, the need for women to be youthful to be desired, and the mere fact that women are not like the ideal woman of Victorian times but just as flawed and complex as men. It was only in 1966 with her most famous novel, Wide Sargasso Sea, that she found wider recognition and won two book awards. Fortunately for us, this led to Rhys’ rediscovery and the reprinting of her work.

A lot that Rhys writes about is inspired by her own diverse experiences. Born as Ella Gwendola Rees Williams in the Caribbean in 1894, she was brought up as the granddaughter of a colonial landowner, went to school to England, attending the Royal Academy of Dramatic Arts in London, worked as a chorus girl, got married three times, moved to Paris, and worked as a mannequin and an artist´s model. It was during her time in Paris that she met Ford Maddox Ford and started writing.

And it is in 1930’s Paris that we meet Sacha, the protagonist of the novel. Supported with money from an acquaintance, Paris is her exile and the hotel room her refuge. But support might not be the right word, as the first person narrator lets us know: “I can see Sidonie carefully looking round for a hotel just like this one. She imagines it’s my atmosphere. God, it’s an insult when you come to think about it! More dark rooms, more red curtains. …”  Sacha, as the reader will discover throughout her many anxious mood swings and changes of mind, has a severe alcohol problem in its late stages. She tries to organise her daily routines minutely, avoiding any places and streets where she might have caused a scene or that might bring back memories from the past. Instead, she focuses on the superficial, occupying herself with redoing her hair and buying a new hat. But it is not the plot that makes this novel a worthwhile read. Rather, it is the introspection of the character and her difficulty trying to keep up appearances in order to be treated as a respectful person that uncover Rhys talent as a writer.

Sacha’s memories will usually resurface triggered by any similar experience she makes in the presence. This is the way we learn about her failed marriage with Enno that was marked by economic destitution and an event after which she spiralled downwards not being able to cope. However, there are also some clearer moments in which she challenges society’s treatment of the unlucky. When she is put to a test by her boss, Mr. Blank, at a clothing boutique, she is so intimidated by him that she is failing a task she otherwise would have been able to do. Though she doesn’t speak her mind outwardly, the reader is allowed to hear her thoughts:

We might cope with challenges different from Sacha’s, but no one is immune to feeling lonely and vulnerable. In today’s society that measures a person’s worth by their successes, we should remind ourselves that we aren’t so different from those who don’t succeed. We could all use some more reflection on the little cruel everyday things. Good Morning, Midnight is a timeless and relentless novel. Whether the narrator is delirious, too anxious to affect her judgement or not, it emphatically reminds us that kindness is a rare commodity which we could benefit from practicing more often. 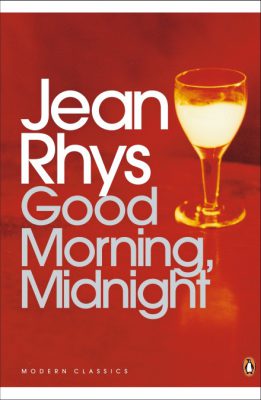