Jonathan Davidson reads his poem “We Have no Record” 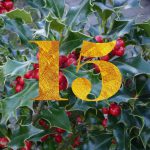 Jonathon Davidson is a contemporary British writer who also works in literature development and promotion, in particular in the Midlands. He won an Eric Gregory Award in 1990 and has published poetry collections, poetry pamphlets and the e-book Selected Poems (Smith/Doorstop, 2014) (see list below). He has had eight radio plays broadcast on BBC Radio 3 and 4, along with radio adaptations of Geoffrey Hill’s Merican Hymns and W.S.Graham’s The Nightfishing. His stage adaptation of Mary Webb’s novel Precious Bane was produced by Interplay Theatre and toured extensively in 2008 and 2009. He is a poetry-theatre producer. His most recent touring shows were Being Human (2012/13) and The Hundred Years’ War (2014/15), both co-productions with Bloodaxe Books and the Belgrade Theatre Coventry.

He is director of Midland Creative Projects Limited, Associate Director of the Birmingham Literature Festival and Chief Executive of Writing West Midlands.