In his review article, Jürgen Enkemann not only comments on the similarities and differences between literary and filmic practice, and how they relate to the literary field. He also dissects Michael Grandage’s film Genius and its apparent failure to translate literary concerns – such as the importance of the editor for the creation of literature – into visual terms. 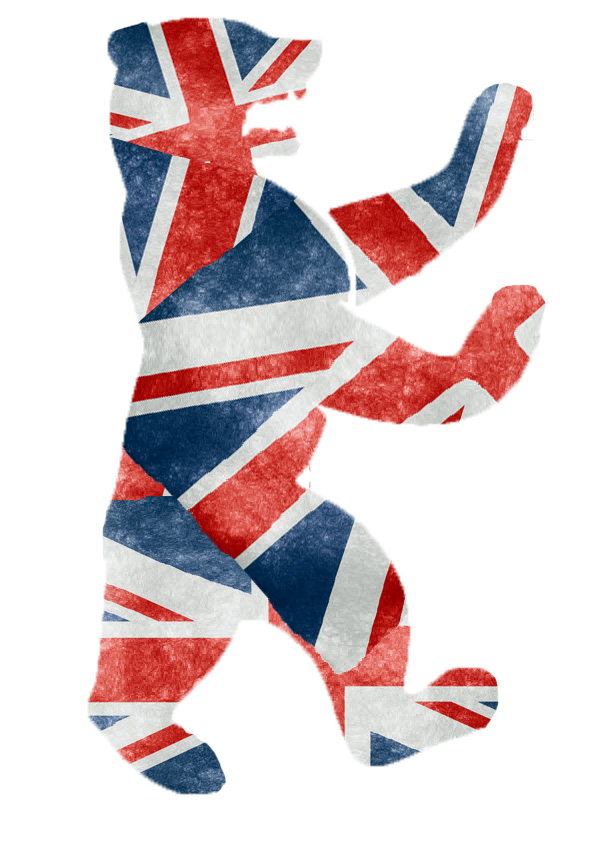 British movies in Berlin: Genius’ opening night at the Berlinale

British Cinema had only a modest presence at this year’s Berlin Film Festival and did not, in comparison with many previous years, gain very much attention. But the films shown were nevertheless interesting works and may await further and probably rather controversial comments and debates. There are two central feature film segments in the festival programme. In the section entitled ‘Competition’ Genius directed by Michael Grandage was featured. In the section entitled ‘Panorama’, two further British films were shown: The Ones Below directed by David Farr, which is a dark melodramatic psychothriller about two couples living in a London house each of them awaiting a baby and War on Everyone by the Irish director John Michael McDonagh which deals with a chaotic scene of blackmail, abduction and drugs in New Mexico. The following review does not include these two films of the ‘Panorama’ section which have been shown at other international festivals already and concentrates instead on Genius which had its world premiere in Berlin just recently.

The Literary Field and Film

Before turning to the discussion of Grandage’s film, I want to precede it with some reflections on the not self-evident inclusion of such a review in a context given the name Literary Field. There is, in this case, an additional reason for such a prologue since Genius is thematically linked with relationships between different fields of cultural production. 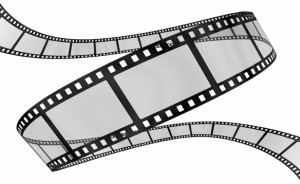 If we draw on the theory of ‘fields’ laid down by Pierre Bourdieu who coined or at least highly influenced the contemporary use of the concept of a ‘literary field’, there seems, at first sight, to be no particular problem for such an inclusion since the French philosopher and sociologist used the term in a very comprehensive sense comprising cinema as well. The ‘literary field’ was the first field he described and analysed before he turned to other areas such as the ‘social field’ and the ‘religious field’ or the ‘artistic field’ relating to fine arts. Specific literary genres are not really dealt with in his theory. This has sometimes been criticized and there have been complaints, for example, that the drama with its own traditions and its performance orientation has not been defined. In the case of the sphere of cinema the absence seems to be even more deplorable if we consider the accumulation of all the particular technical, commercial, musical, theatrical and other practices and dependencies. We have to take into account perhaps that the development of Bourdieu’s theory remained fragmentary in some places which does, in my view, not diminish the significance of the concepts and aspects he offered for an understanding of cultural production in modern society.

In contrast to Bourdieu’s conceptualization there is a widely accepted view and one well established in the departments of academic studies according to which the creation of feature films and that of literature are regarded as fundamentally differing cultural practices. Literature is associated with the written word and mostly with a single author. Film production, on the other hand, is associated primarily with visual presentation. Furthermore, and in spite of the more recent tradition of an ‘auteur film’ and the relative dominance of the director, it is connected to a great extent with teams and with collective creation. This collective orientation includes that of the actors as well as that of several experts responsible for camera work, for the music, for post-production cuttings and of the producer with intentions and restrictions decisive for the whole work. At universities, the first sphere with its different genres is normally dealt with in ‘Literary Studies’ and the second maybe in ‘Media Studies’.

How narrow such a conception of literature is in itself may be seen by the fact that it also neglects (as was said with regard to Bourdieu) the world of the theatre with its performative orientation and its stage conventions. They are perhaps not completely left out and are, for example, treated in connection with Shakespeare when the Globe Theatre is described, but plays like Hamlet or Othello or The Tempest are mainly dealt with in ‘Literary Studies’ as if Shakespeare had not written and accordingly structured them first of all for the stage, but for a reading public (and perhaps for analysis of the written text by academics in later times).

As to the production of feature films it should certainly not be ignored that cinema in its preference for visual objects and its specific technical and organizational requirements has methods different from those of writing poems or stories. At the same time it should be emphasized that there are many cross-overs and common grounds if we think, for example, of the huge amount of film adaptations of literary works and of written screenplays with their own merits. Sometimes even, as in the case of Hanif Kureishi and some others, they are accessible in published form and regarded as literary texts themselves. A project entitled ‘The Literary Field’ may therefore be well advised not to exclude film production from the material to be treated.

Michael Grandage and the Literary and Theatrical Fields

Literary authors writing novels are, of course, not completely independent as individual creators of a work if they want to find a readership. They have to overcome the barrier of the publishers whose role may, in some way, be compared with that of the producers of feature films and their importance for the finished work. Some of the problems arising in this sphere of the literary field are exactly the subject of Michael Grandage’s film Genius. 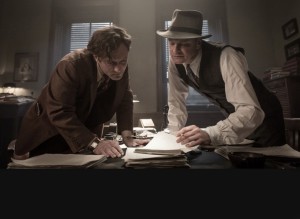 Before summarizing the film and commenting on it, some biographical information about the director is included here, for his professional background resp. his roots in another cultural ‘sub-field’, as we may call it, seems to have been influential for the way he made his film. In announcements of its premiere at the Berlin festival he was introduced as “one of the most celebrated theatre directors on either side of the Atlantic“. It was also mentioned then that he had not worked as a film director so far and that Genius was his debut film.

Grandage was born in Yorkshire and raised in Cornwall before he started training as an actor and then worked for many years in this profession for companies such as the Royal Exchange and the Royal Shakespeare Company. He turned to directing in 1996. His first Shakespeare production was Twelfth Night which was followed by numerous others. From 2002 to 2012 he was Artistic Director of the Donmar Warehouse where he added an extensive education programme and took its productions to international audiences in the USA, Australia, Argentina and some European countries. His work at the Donmar won several Laurence Olivier Awards as well as Evening Standard, Critics’ Circle and other awards. His work as a director also included opera and musical productions in Britain and in the USA. In 2011, he set up the Michael Grandage Company to support theatre productions and he also initiated a project aimed at reaching out to a new generation of theatregoers through offering tickets for over 100,000 seats going on sale at a relatively low price.

His feature film Genius is about the relationship between the American author Thomas Wolfe and his editor Max Perkins, and it brings in, although only superficially, other authors who were in Perkin’s editorial care such as Ernest Hemingway and F. Scott Fitzgerald. The film, for which John Logan wrote the screenplay, is based on the 1978 National Book Award-winner Max Perkins: Editor of Genius, written by A. Scott Berg.

The story of the film focuses on the editorial talks between Max Perkins and his great discovery, Thomas Wolfe, whose Look Homeward, Angel (first published in 1929) had been rejected by other publishers and who was losing faith that his novel had any value. In the film their negotiations about the too voluminous literary text that has to be shortened and about its continuation, Of Time and River, becomes a kind of intimate personal relationship over which Perkin’s family members feel neglected although it is nothing else but the literary text the two very different personalities are emotionally drawn into.

The film appears to be well made in many respects as regards acting or camera work. Although this may have been acknowledged when it was first shown I had the impression that the film was just not able to move those who watched it – not in the way, for example, in which the new British film Suffragette that had its start in Berlin in the same week, succeeded to appeal to its audience emotionally. I saw my immediate impression then confirmed by numerous reviews of Genius in the German and international media. The failure seemed to have something to do with the dominance of other ‘sub-fields’, as I have termed them above, at the expense of the specific means of the film to move an audience.

The first of these non-cinematic areas is that of Grandage’s own background, i.e. the theatre and its way of acting on the stage. A critical observation of this tendency in Genius appears in a review by Kaleem Aftab from which a passage is quoted here:

“Genius is a lesson in the differences between film and theatre as mediums. Michael Grandage, one of the great theatre directors of our times, has made a move into cinema with a dialogue-heavy story about the father-and-son-esque relationship between Thomas Wolfe (Jude Law) and the great American editor Max Perkins (Colin Firth). Made up largely of conversations … the story indulges in long scenes focused on dialogue. … The acting, along with John Logan’s script, belongs to the theatre. Law seems to think he’s back in the West End acting in Hamlet.”
(Independent online 17 Feb 2016, link to the article)

The other dimension Grandage brought into his film at the expense of cinematic means to create a visual atmosphere is that of written literature to be read in books and perhaps talked about in closed rooms. Reviewers of the film observe in their critical comments, for example, that Grandage’s New York is mostly the publisher’s offices, Thomas Wolfe’s apartment, and the Perkins family home. There is, it is criticized, no sense of the atmosphere of places in America and of a New York that sparked Wolfe’s imagination and it presents just too much talking and looking at manuscripts. One could well imagine that a film-maker might catch something of this wider atmosphere, for example, with crowds or with lonely people in the streets between high buildings in New York and fragments of the sky above them, and there are certainly many other possible images of the city one could think of which go beyond views of interiors.

Perhaps Grandage did not want to make such a kind of film and instead tried to support, even within the film as a medium, the value of practices connected with literature and theatre that tend to lose their importance in a world dominated by the visual and technically constructed arts. This may be a matter for further discussion but, as far as the reception of the film at the Berlin Festival is regarded as a criterion, such an approach, if it was intended at all, could not convincingly be communicated to the audience.