Anita Djafari is the managing director of Litprom, the Society for the Promotion of African, Asian and Latin American Literature and the Arab World. She is the editor responsible for the magazine LiteraturNachrichten. She acts as contact person for press and PR queries, the compiled best-of-list called “Weltempfänger” (presented by CulturMag on a regular basis, e.g. here: link), the literary prize “LiBeraturpreis” and the project Frankfurt – Stadt der Zuflucht, i.e. Frankfurt, city of refuge. She was recently elected “Woman in Publishing of the Year 2016” (“BücherFrau des Jahres 2016”). Zoë Beck introduces Anita Djafari and her work for Litprom in this short interview.

CulturMag: Dear Anita Djafari, the general public was allowed to put in their votes for the LiBeraturpreis 2016 until recently (link to the prize’s website). This prize has been awarded for three years by Litprom. It is a public vote for a particularly well received work by an African, Asian, Latin American or Arab authors. You yourself, however, have been involved for 30 years now. You were one of the founders of this prize. Could you please tell us how this came about?

Anita Djafari: The founders of the “Initiative LiBeraturpreis” approached me because I ran a bookshop in Frankfurt with a focus on “third world literature” (as it was called back then). I happily joined the initiative. The idea came from a group of people at a protestant church who met regularly for events related to development policy. It was initiated by the long-standing chair of the association, Ingeborg Kaestner, who is also the vicar’s wife. You always need these individuals who run such projects with a lot of energy and persistence. 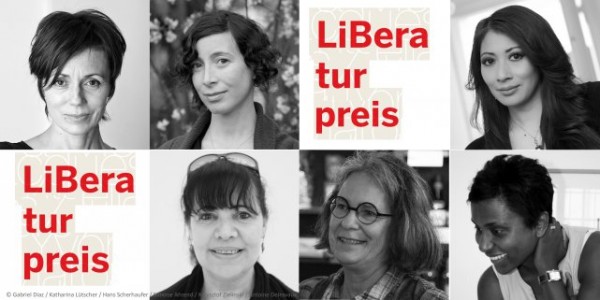 CM: What was it that impressed you the most?

CM: Yes, indeed, the label “women’s literature” has become something different altogether. And it hasn’t changed for the better. But in spite of this, do you think that female authors enjoy comparatively ideal conditions in the German language area, or do you believe that even here, there remains a lot to be done?

AD: I have to say that (until recently) I have the feeling that not much has changed, at least not enough! You as an author might be in a better position to say something about the situation of female authors in Germany than I am. What we most certainly don’t need any more are “women’s corners” in bookshops. Between you and me, a lot of rubbish was published (and consumed!) there, as long as it was written by a woman. Thank God we have outgrown these times. However, when it comes to the perception of women in the literary field, I believe that the situation of women is not that much different in different countries worldwide. Recently, there has been an increasing number of comments about this all over the place (from different geographic regions, too), and I what I learn from them is that there seems to be a “limit of perception” at about 25%. As if the literary half of the heavens consisted only of a quarter. There is still a need for action.

CM: And this is where you and your work come into play.

AD: We at Litprom lobby for literatures outside of Europe and we focus on female authors from Africa, Asia, Latin America and the Arab World. Therefore, we decided to take on the LiBeraturpreis and develop it further. A publisher once told me, he sees our prize as the little sister of the Peace Prize of the German Book Trade (Friedenspreis des deutschen Buchhandels). What a nice thought – and a beautiful aim: to make sure this “women’s prize” gets a similar amount of attention. There is still quite a bit of work ahead of us.

CM: What a wonderful compliment! Could you please tell us about your work at Litprom? 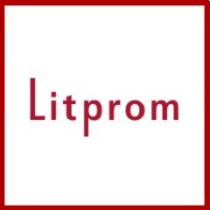 AD: Well, our work consists among other things of the tasks we set for ourselves (even) after 36 years – that is how long this association has existed. At the heart of our work is the support of translations through grants by the German Foreign Office (a unique project worldwide, it seems) and the Swiss Culture Fund (Schweizer Kulturfonds). In addition, we lobby for those literatures through a variety of means: our magazine “LiteraturNachrichten”, the best-of-list “Weltempfänger”, the “Alternative Club for Literature”, and events such as the annual Litprom-Literature Days, etc. We advise and make suggestions, we are popular cooperation partners, in short: THE institution you can contact for all queries about literatures from Africa, Asia, Latin America or the Arab World. Furthermore, we organise the “Weltempfang – Centre for Politics, Literature and Translation” at the Frankfurt Bookfair.

CM: Which factors do you think are responsible for the lack of attention of a wider audience for literature from Asia, Latin America, Africa, and the Arab World?

AD: Well, if we only knew… This is a very difficult question, indeed. I do not wish to lament the lack of translations, published books, literary criticism or reading. We have seen quite a lot of change in this field in the last 30 years, similar to the case of women’s writing. Nevertheless, it is still not enough, and in my opinion our work is more important now than ever.
From the perspective of an “average reader” – and those are the ones we would like to reach – I, however, think it is quite understandable not to go for something completely unknown when looking for the next book you want to read. The amount of new publications has become a jungle in which it is difficult to navigate.
We would like to offer help and orientation through our activities and in that we are quite successful with our projects.

CM: Now and then, there are single titles that do make it…

AD: When it comes to books from Africa, the so-called general audience jumps for example at tragic stories about somebody’s life – true or fictitious – e.g. the story of a circumcised woman who breaks out of extremely difficult conditions and makes it as a model or singer or suchlike. To me, this is such a pity. And at times, I get the impression that critics, who write for the classic feuilleton and otherwise stick to strict aesthetic categories, seem to throw these very categories overboard and suddenly praise everything when it comes to assessing such life-writing or stories of migration. This may be well-meant, but it is also condescending, and to me this is very annoying.

CM: The members of the “Weltempfänger” jury discuss, dispute, and defend their favourite titles with their heart and soul… I don’t get the impression that aesthetic categories are neglected there. But please tell us: every time you publish a best-of-list of already translated titles, you also recommend other books for new translations. Do you have any idea how many titles you (have to) read every year?

AD: My honest answer, and without any coquetry: I cannot give you a number. I always read; I read bits of texts; I read whole books; I read manuscripts (for example for the translation grants); I read to relax on my holidays; and I read the newly published titles that we look through for the “Weltempfänger” list. The assessment of my colleagues is very helpful in the sorting process. I really enjoy this regular exchange. Some people spend their free time in book clubs or community college courses, I have the opportunity to earn a living doing this. That’s marvellous.

CM: You were elected “Woman in Publishing of the Year 2016” (“BücherFrau des Jahres 2016”, link). Congratulations!

AD: Thank you very much!

CM: We know how important those networks are, but some people keep asking why an industry with such a high percentage of female professionals needs networks for women. How do you reply to these questions?

AD: The answer to those questions comes easy. I have been a member of the Women in Publishing / BücherFrauen for a long time. Every now and then I considered leaving the group because I had a guilty conscience for not doing enough to support the network or because I thought I didn’t “need” it any more. Then, however, I always remembered in time how much I had profited from the BücherFrauen, in particular during my time as a freelancer, and how many valuable, useful, helpful, and sustainable “contacts” I made through them.
We women work hard and accomplish a lot for the industry, the important positions, in particular the decision-making ones, are mostly occupied by men. As long as this is the case, we have to have each other’s backing and motivate each other. And above all, don’t let them play us off against each other, such as career women versus mothers etc.
I am happy about every woman who is successful, and about every woman who manages to have both: a family and a working life. In order to achieve this, we don’t need a particular kind of Alice Schwarzer feminism any more, but a kind of feminism that includes men and demands action from their side, too. Men will also profit, if we are all happy.

CM: Thank you very much, dear Anita Djafari, for taking the time to talk to us!

Zoë Beck was born in 1975. She is a writer and translator and runs the publishing house CulturBooks (link) together with Jan Karsten. She regularly writes for the online feuilleton CulturMag (link).