Gesa Stedman rounds up the news, from defunct as well as new literary prizes to delivery crises, slow successes in the North to the huge impact of TikTok on publishing.

The current dramatic and long-lasting drought and heat across much of Europe and the UK seems to be matched by high drama in the literary field. The picture that emerges is mixed: while some aspects of the publishing and book world are thriving, others are in decline.

To start with the drama.

The nation-wide bookselling chain Waterstones ran into severe trouble when it upgraded its warehouse system. Stock didn’t arrive in time, delivery and book orders became chaotic with staff and book-buyers confused and angry at not being able to obtain, sell, and buy books on time. Some shops reverted to ordering directly from publishers and the chain now anticipates a return to normal delivery times in September. Somehow, the UK has been beset by delivery problems ever since the 1930s, with periodical recurrences for all kinds of reasons. The UK isn’t actually such a big country and why they are so bad at distribution beats me. In this case, it was obviously a software issue but still, one would expect some kind of plan B to be in place. Not so, apparently. Here is the background to the drama: link to an article in The Guardian: https://www.theguardian.com/books/2022/aug/09/waterstones-hit-by-nightmare-stock-issues-after-warehouse-system-upgrade (last access 18 August 2022)

Obviously, the cost of living crisis is a much more serious issue and one which looks as if it is here to stay. A 10% in inflation puts Britain at the top of European countries suffering from a rise in prices. So far, the book market has not seen any direct effects yet but it is likely that it will. More staff members are joining unions as part of this crisis, defending their rights and incomes, as The Bookseller reports (29 July 2022, p. 6-7). But how will book buyers react? Since they are mostly middle class, the crisis might hit later. In class-ridden Britain, those who suffer most from this new crisis on top of the others (austerity, Brexit, Covid-19) are not people who are able to afford buying lots of books. But if books become expensive, as well they might, also given the rise in paper costs, printing etc., then everyone will be affected – even the main target class in the UK literary field… 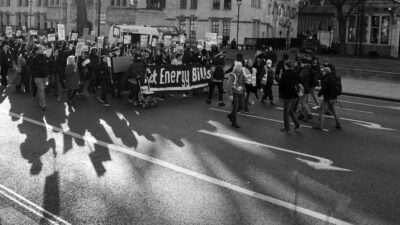 A slightly more mixed picture emerges when it comes to literary prizes. While some have suddenly ended as sponsors pull out, new and different ones are being set up. And since Britain has a surfeit of literary prizes, perhaps shedding a few is not a serious matter? However, that the Costa Award suddenly ended after 50 years came as a big surprise to authors, publishers, and readers. It is a prize aimed at the general reader but because it spanned so many categories, it did have a serious impact, at least on sales, and a loss of such a prominent prize with no replacement sponsor currently being sought does mean a part of the landscape will change.

In reaction to this ending, however, the Rathbones Folio Prize is going to be expanded and will take on a new format which echoes the Costa Book Awards, as The Bookseller reports (29 July 22). Ali Smith is going to chair the committee, which surely must be a good thing. Not only is she a writer’s writer, she also knows the book trade in and out, is a champion of public libraries, and has no illusions whatsoever when it comes to the commercial nature of much of the trade, as her funny take on the landscape in 2003 shows. In a review of a relaunch of Tove Jansson’s “The Summer Book”, this is what Smith wrote:

Anyone watching the UK book-buying public from a remote place – from a different planet, say, or from 30 years in the past, or from some untouched island – would tell us how peculiar it looks. These are chainstore times, where space on shelves is rented by the foot by publishers to guarantee their latest bestsellers. The average British book buyer has also been bought and sold by marketing, queuing in the middle of the night in fancy dress (and I mean the adults) to be part of the first panicked million or so to buy a children’s book; rushing to take part in the latest national which-book-is-best phone-in (the phone-in being TV’s replacement for community). What a strange media heist it all is. What a huge noise it makes. It makes a reissue of Tove Jansson’s 1972 novel The Summer Book seem like a butterfly released into a room full of elephants; it makes such a reissue – a masterpiece of microcosm, a perfection of the small, quiet read – even more of a relief.

Link to the review in The Guardian: https://www.theguardian.com/books/2003/jul/12/fiction.alismith (last access 18 August 2022)

Sadly, another prize was axed after 22 years: The Blue Peter Award for children’s books, run by the BookTrust on behalf of the BBC. However, children’s books are very strong as a category, and have been for some years so this is not going to affect sales. It might, however, affect authors who, of course, rely on prize money to get time off from their day jobs, and profit from the added publicity in a more general sense.

A further prize in danger of being ended is the The Sunday Times Short Story Award, and the Desmond Elliott Prize pauses next year. However, organisers are looking for funding so perhaps they will after all continue (The Bookseller, 22 July 22, 8).

To cheer everyone up, here is news of a new prize: it was set up by the Society of Authors and the writer Penny Batchelor who campaigns to keep festival hybrid in order to increase access for people with disabilities. The prize intends to promote positive representations of disability. It is called the “ADCI Literary Prize (Authors with Disabilities & Chronic Illnesses Literary Prize” and the winner – who will get 1000 GBP – will be announced in summer 2023. Link to the keep festivals hybrid page: https://www.reddoorpress.co.uk/pages/keep-festivals-hybrid (last access 22 Aug 22) and a link to the prize page: https://www.reddoorpress.co.uk/pages/the-adci-literary-prize (last access 22 Aug 22).

And more news on diversity

Diversity is a challenge for the UK literary field (and everywhere). And while the Black book publishing and bookselling surge has already gone down again, agents within the field are finding it quite difficult to keep up their momentum. It seems to be down to talented individuals again. However, it is interesting to see how a forceful publishing person such as Sharmaine Lovegrove has changed things. From creating a bookshop, the imprint Dialogue Books and now being called up to join Hachette UK’s main board – Hachette being one of the so-called big 5/6 of UK publishing. If her past track record is anything to go by, Lovegrove will continue to have a significant impact. A new managing director for Penguin Random House UK’s general division is also a welcome change: Preena Gadher. But, as the editor of The Bookseller succinctly puts it:

Individuals cannot change this alone, and neither should they be tasked to do so. As signifiers of a larger shift, the appointments this week mark a welcome step forward. But one good week does not erase the rest. (The Bookseller, editorial, 15 May 22)

The move towards greater representation, power, and representation for writers from the North also continues, as Caroline Carpenter notes:

A number of collaborations, courses and initiatives by those publishing and writing in the north of England are looking to ensure recent progress made in the sector is sustained. (The Bookseller 24 June 22, 06-7)

However, as with diversity in terms of disability, ethnicity, age, or gender (at the top anyway), there is still a lot of room for development. How exciting writers from the North can be is showcased by the Northern English special produced by The Bookseller, and by initiatives such as New Writing North: link to their website: https://newwritingnorth.com/ last access 23 Aug 22) . More on this topic later in the year…

One of the most influential trends in the past year or so has been the use of TikTok to promote books. Rather than companies setting up their own TikTok channel, they rely on influencers for promotion. This is a kind of word of mouth via social media and with the rise of TikTok in general, BookTok doesn’t come as a surprise. I must admit, however, that I find the content of BookTok a bit of a surprise: cleaning manuals? RomCom? Fantasy? And all of them become bestsellers. On the other hand, in the past, footballers’ memoirs and trophy wives’ memoirs were all the rage, so why shouldn’t influencers focus on similar topics? I find neither football nor cleaning appealing but then: TikTok and BookTok are obviously not aimed at 50-something academics… (The Bookseller 17 June 22, 6-7) Here is Philip Jones again, with a slightly bemused comment in The Bookseller on the overall performance of the book market in the past 2 years:

As an industry we assume the sky is falling down, even when it isn’t. There are good reasons for this. Most books don’t work. We are so accustomed to failure that when a success occurs, we spend months trying to work out what happened, and then years trying to replicate it. Usually with diminishing returns. And yet, for all that, the industry after nearly three decades of wear and tear – from Amazon to digital to discount to the pandemic – has rarely been healthier, with profit margins among the big publishers at levels that would have been unimaginable in the past. (The Bookseller, 22 July 22, editorial)

A Final Word on Leading Genres

So what do people want to buy and presumably, read, this spring and summer, with a war, drought, climate crisis, a new virus on top of the old one, cost of living crisis, Brexit-fallout? Not just the usual summer read but it is obvious that cosy crime and romance are to the fore, as well as fiction in general, children’s books and YA. Richard Coles’  “Murder Before Evensong” or “Lessons in Chemistry” by Bonnie Garmus are current favourites. The rise in YA is down to BookTok again but also to Netflix. (The Bookseller 8 July 22, 06-7) 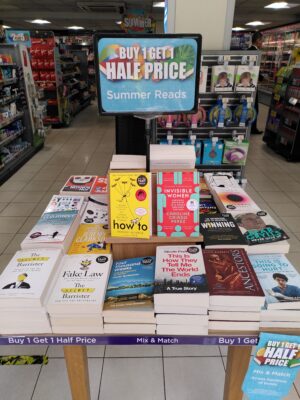 Alice Oseman is a show-stopping break-out seller with the Netflix adaptation of “Heartstopper” but also with her other YA mid- and back-list as well as new titles. For the first time ever, she takes second place after all-time children’s best-seller Julia Donaldson (The Bookseller 15 July 22, 06-7)

Why is this important? Because Oseman focuses on non-binary and queer stories but not as problem novels, but rather as more upbeat teen novels. And they are very British which makes a nice change from a surfeit of American novels which flood the market both in the UK and in Europe. Middle-class of course (one cannot expect too much) but if you have ever entered the queer bookshop Gay’s The Word https://www.gaystheword.co.uk/ (last access 23 Aug 22) with two queer teenagers and seen their faces shining with delight, then you know that this is, in general, a good thing. Something one would have wished on everyone in previous generations. It may be the pink pound at work, but in this case, I don’t particularly care. Oseman and her fellow writers who write queer (YA) fiction are opening up the (UK) literary field in unexpected ways and if it also gives the authors a boost, that’s fine. Representation isn’t everything but it isn’t nothing either.